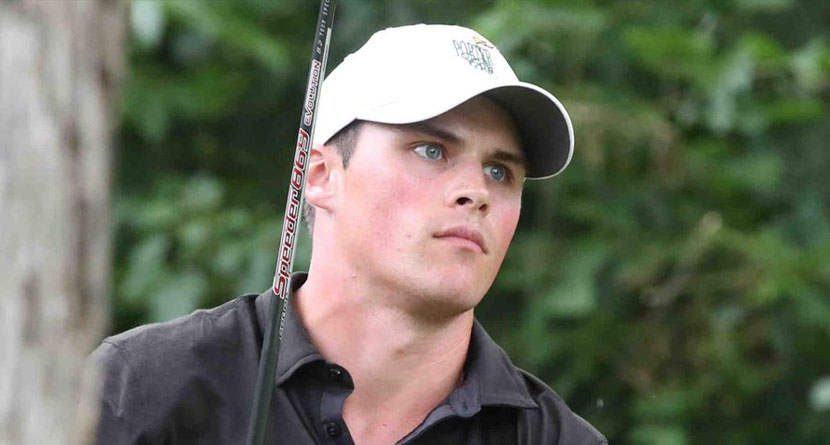 The USGA tried to simplify the rules of golf in January 2019. They really tried. And, in certain instances, succeeded.

But maybe the game’s governing bodies need to take more steps toward clarity after a confusing recent incident at PGA Tour Q-School resulted in a pro being disqualified.

At the least, those attempting to play the game at the highest level should study the rules.

Gavin Hall, a former University of Texas standout, was competing in the second stage of Q-School at Plantation Preserve Golf Club in Florida. On the sixth hole, Hall pulled his tee shot toward a penalty area and all three players saw the ball splash in the water.

With water down the entire left side of the 375-yard par-4, Hall hit a second tee shot, what he considered a provisional.

According to Rule 18-3 (a), that ball was automatically in play no matter the condition of his first tee shot. When there are only two possible outcomes – penalty area or safety – a provisional shot is not allowed. Those are allowed only when there’s a possibility the ball could be lost outside of a penalty area (trees, bushes, pinestraw, Old Man Thompson’s backyard, etc.).

Gavin Hall was DQ’d today at Q-school, an hour after his round was over. How? The dreaded call-in rules infraction. But the call came from a caddie in his group. This one stinks. (Yes, Hall should have known the rule)

Then things got weird.

Hall found his original ball in long grass on the bank of the penalty area. He chopped it out to the fairway and, as soon as he made contact, unbeknownst to him, incurred another penalty for playing the wrong ball. He pitched onto the green and made the putt for what he must have thought was a miraculous par.

There are mixed reports about whether anyone in the group said anything. Maybe a caddie muttered something under his breath on the next tee. Regardless, when Hall struck his tee shot on the 7th hole, he was effectively disqualified, even if he wasn’t aware at the time because he completed a hole playing the wrong ball without following the proper procedure.

To add insult to injury, Hall birdied the last three holes to fire what he thought was a 6-under 66. One of the caddies in the group discussed the incident with one of the players walking up the 18th fairway, but none of the players brought it up or called for a rules official in the scoring area – which seems strange.

The caddie called an official a few hours later after he and his pro were done practicing, and Hall was notified he’d been disqualified from the most important tournament of his career.

The rules can be tricky, but understanding and applying them is essential to being a professional. As the great Cosmo Kramer once said, ‘without rules, there’s chaos.’