Pro WDs From Australian PGA After Slicing Hand On Stake 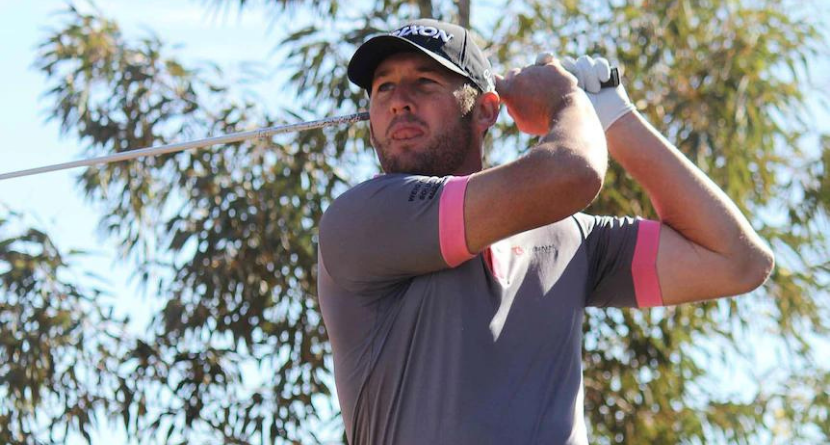 We rarely break new ground with respect to the dreaded WD. Not in the age of COVID-19, when you can learn you’re done as you walk off the 18th green with a seemingly insurmountable 54-hole lead. Not when a guy who’s had to withdraw from tournaments with every injury imaginable cites a “vulnerable game” as a reason for dropping out right before an event begins.

Yet here we are in 2022, making up an event that, ironically, was postponed two years by the pandemic, learning the fate of a tour pro that seems way too cruel — and too weird — to be true.

According to multiple reports, Damien Jordan — a 41-year-old Australian pro who currently sits at No. 1715 in the Official World Golf Ranking — was forced to withdraw from the Australian PGA Championship Thursday after suffering a nasty gash on his hand while attempting to move a stake marking a boundary at Royal Queensland Golf Club in Brisbane.

Details on the injury are relatively scarce, but a reporter on the ground paints a pretty gruesome picture that sure makes it seem as though a bandaid was out of the question. And let there be no mystery about Jordan’s pain tolerance — he’s a veteran of the Australian Army who served two tours in Iraq.

A bizarre retirement today at the #AusPGA for Damien Jordan, went to move a stake on course and sliced his hand the entire width from top to bottom. Quite heavy bleeding so off to see a doctor.

“That second tour was where I got caught in some pretty heavy contact (combat),” Jordan told Australian Golf Digest in a 2017 profile that detailed his harrowing combat experience. “I was very lucky to come home. When you sign up you pray that you’ll get an opportunity to use all your training but when it happens, when you actually find yourself in conflict with the enemy, you think, ‘Sh–, I was just in (combat).’ Luckily the training kicks in and as soon as those first shots ring out, you react without even thinking about your life.”

Jordan — who peaked at No. 530 in the OWGR in 2017 when he collected his lone professional victory at the Victorian PGA Championship  — has been open about his struggles with post-traumatic stress disorder. In his junior golf days, he regularly tangled with a young Adam Scott before taking a hiatus from the game that preceded his military service.

Jordan’s injury happened about midway through his opening round. Two other players were forced out of the field at the Australian PGA with a far more common ailment: they tested positive for COVID-19. Previous winners of the event include native sons Scott, Cam Smith and Greg Norman, along with Seve Ballesteros.