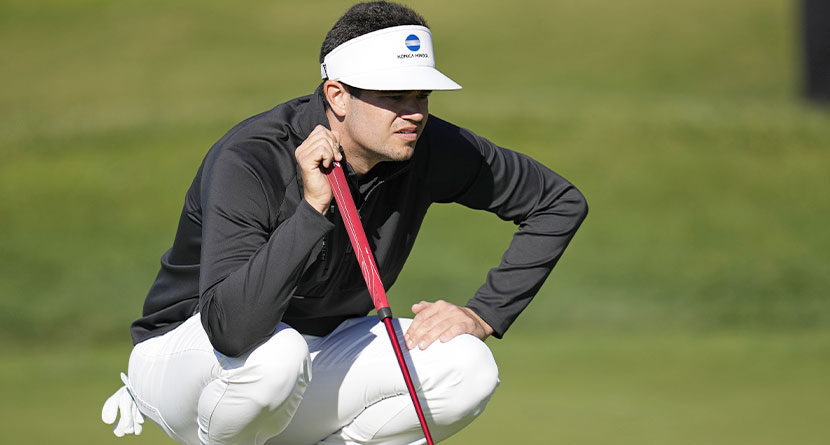 Every week on the PGA Tour is a big-money proposition with putts down the stretch potentially being worth hundreds of thousands of dollars.

Interestingly, many pros will tell you that the money doesn’t enter their mind when they’re in the hunt — they’re more worried about winning trophies — but once the tournament is out of their grasp, you better believe they — and their caddies — are cognizant of the cash that’s on the line with every stroke.

That’s what makes Beau Hossler’s situation on Sunday at the AT&T Pebble Beach Pro-Am so interesting. Needing to hole a 15-yard bunker shot to tie eventual champion Tom Hoge and force a playoff, Hossler scared the hole, but the shot rolled out to 40 feet, and that’s where things got expensive.

Hossler’s Missed 5-Footer Could Be Bigger Than The Money

The FedEx Cup gets a lot of flack because the Tour seemingly attempts to crowbar in the points race into every broadcast, but the reality is these points are the difference in Tour cards.

Hossler, for example, only holds conditional status on the PGA Tour this season, and the disparity in the FedEx Cup points he could have won on Sunday may loom larger than money he missed out on come season’s end.

Beau Hossler (understandably) tries to jar the sand shot on 18 for a playoff, but ends up racing it past and 3-putting to turn a possible solo 2nd/likely T-2 into a solo 3rd. That’s the kind of 10-minute sequence that keeps you up at night during Wyndham week.

But as the saying goes, “If ‘ifs’ and ‘buts’ were candies and nuts, we’d all have a Merry Christmas.”  As it stands, Hossler is in this week’s WM Phoenix Open by virtue of his top-10 finish and he will look to recoup those lost dollars — and FedEx Cup points.