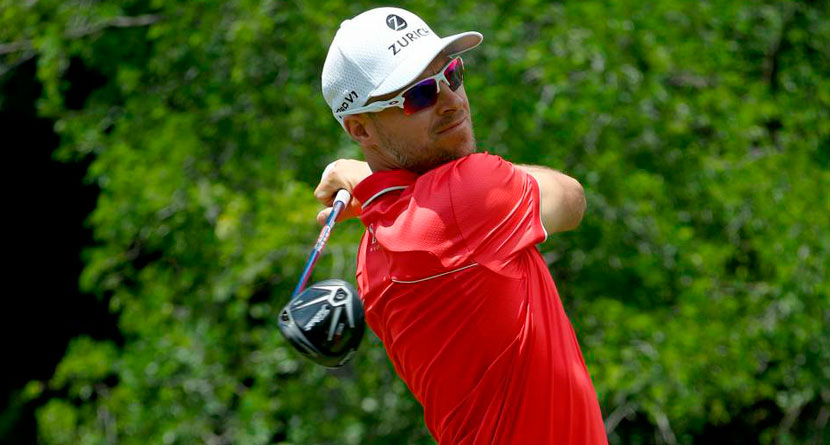 Ben Crane is famous for a few reasons: his notoriously deliberate pace of play and his surprisingly good sense of humor. After his interesting decision last week, we can add another skill to the five-time PGA Tour winner’s résumé: math genius/psychic.

Crane finished in 147th place in the 2016-17 FedEx Cup standings meaning that he had to go to the Web.com Tour Finals to boost his status for the 2017-18 PGA Tour season. Ranked 383rd in the world, Crane finished in fourth place at the first event. At the second leg, Crane incurred a bizarre 8-stroke penalty that turned into a DQ, but following a T45 finish in the third leg, Crane was in 18th place in the Finals standings with one event to go and the top-25 earning their Tour cards.

Instead of playing in the Web.com Tour Championship, Crane opted to head to the Presidents Cup for a sponsorship appearance. As a result, Crane finished outside of the top-25 and didn’t boost his status.

So confused by this. Ben Crane played the first 3 Web finals events, then (while on the bubbble) bails on the finals to attend the Prez Cup? pic.twitter.com/A6JIKNXc7T

Doug Ferguson of the Associated Press broke down Crane’s decision and why the sponsorship dollars he made at the Presidents Cup was probably more lucrative than any loss he would incur for not playing the final event.

Ben Crane rolled the dice by staying home from the Web.com Tour Championship and wound up losing.

Until he realized he didn’t lose much at all.

Crane already had a bizarre time in the Web.Com Tour Finals when he was penalized eight shots and eventually disqualified for having practice stickers on his clubs that he forgot to remove. He was No. 18 on the Finals money list and seemingly in good shape to finish among the top 25, which are awarded PGA Tour cards. So he pulled out of the final event, spending his weekend at the Presidents Cup for Citi.

Jonathan Byrd won. Sam Saunders and Shawn Stefani tied for second. Before he knew it, eight players did well enough to move past him. And it didn’t help that eight others withdrew because they already had cards locked up. When the Tour Championship was pushed to Monday, they wanted to get to California for the Thursday start of the new season at the Safeway Open.

With his conditional status — Crane finished 147th in the FedEx Cup — he figured he would miss only a couple of tournaments he normally plays. And then it got better. Four players ahead of him in the FedEx Cup earned cards at the Web.com Finals. Five others already were exempt through winning within the last two years.

Now, he’s not in much different position than if he had gone to Florida for the final event and earned his card.