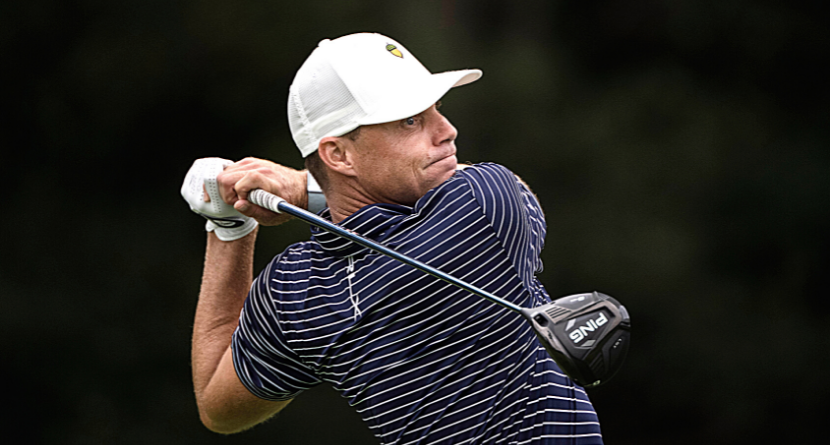 Ben Martin’s voice cracked with emotion as soon as he began to consider the question. His eyes turned glassy. He held up his pointer finger indicating he needed a second to compose himself, then he stepped away from the podium and took nearly a full minute before he could make any words come out.

This is what losing on the PGA Tour looks like. Perhaps we need a reminder sometimes as we, from the comfort of our couches, bemoan “chokes” and “stumbles” and competitors caving to the pressure. These are humans playing an extraordinarily hard game, and Martin had just watched a wire-to-wire victory at the Corales Puntacana Championship slip through his grasp on the back nine on Sunday. He missed a short birdie putt on the 72nd hole to force a playoff.

The 34-year-old was seeking his second victory, seven years after he captured his first at the Shriners Hospitals for Children Open in 2014. And to his credit, he eventually did open up about what the win would have meant to him once his voice would cooperate. The entire 4:13 exchange can be found below — and it’s well worth your time.

“If I win today or I don’t, my family is here,” Martin said. “All the things that I truly treasure didn’t really change.”