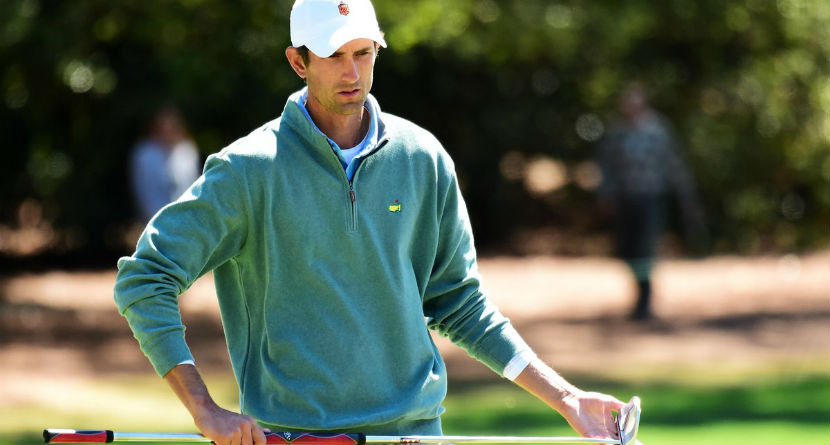 PARAMUS, N.J. (AP) — Texas A&M senior Sam Bennett won two matches Thursday as the No. 3 amateur in the world moved into the quarterfinals of a U.S. Amateur that already has lost some of its biggest names.

Also moving into the quarterfinals was U.S. Mid-Amateur champion Stewart Hagestad took down the nation’s top junior, Ben James, and then won three of the last four holes in a 2-and-1 victory over Hayden Hopewell of Australia.

The quarterfinals are Friday at Ridgewood Country Club. Also advancing was Dylan Menante, who helped Pepperdine to the team title in 2021 and then transferred two months ago to North Carolina.

Bennett will be a fifth-year senior for the Aggies because of the COVID-19 pandemic, took down David Puig of Spain, a senior at Arizona State. Puig was among the amateurs who has played in Saudi-funded LIV Golf events this year.

Bennett already has had a tough road. He opened match play by beating Nick Gabrelcik, the world No. 13 and a U.S. Amateur semifinalist last year. Up next was Florida senior Biondi, a co-medalist during qualifying, and then Puig, the No. 10 player in the world.

“If you get this far in match play, you’ve got to play good golf to beat anybody,” Bennett said. “That’s what I did.”

Seedings in the U.S. Amateur are based on 36-hole qualifying scores, and there were some prime matches in the opening round on Wednesday that saw the departure of Ludvig Aberg, Michael Thorbjornsen, Sam Bairstow and Gordon Sargent, all ranked among the top 10 in the world.

Bennett moves on to face the 31-year-old Hagestad in the quarterfinals, while Menante faces Nicholas Gross, a 15-year-old from Pennsylvania.

Gross is the youngest player to reach the quarterfinals since 15-year-old C.T. Pan, who since has won on the PGA Tour, in 2007. Gross and Pepperdine senior Derek Hitchner had to make it through a 15-man playoff for 11 spots just to reach match play.

The quarterfinalists are exempt into the final stage of qualifying for the U.S. Open next year.