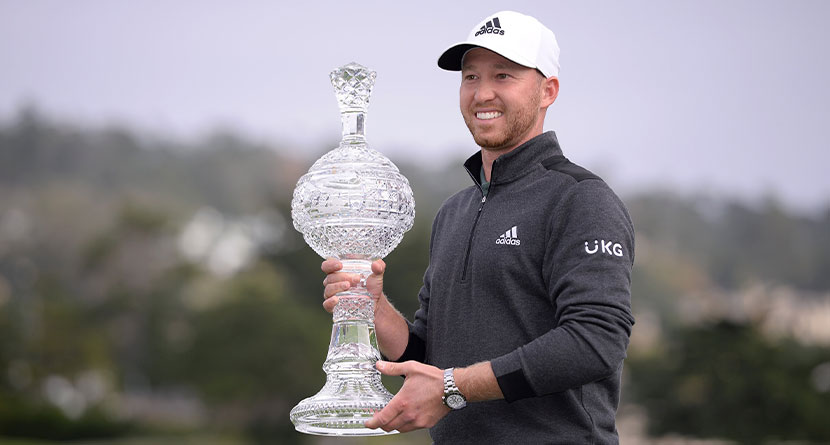 An already-weak field at the AT&T Pebble Beach Pro-Am got even weaker on Wednesday when defending champion Daniel Berger withdrew.

Berger cited a back issue, although upon meeting with the media on Tuesday, he made no mention of any ailment.

But what about his Pro-Am partner?

Berger was scheduled to tee off Thursday at 12:25 p.m. ET at Monterey Peninsula Country Club alongside rapper ScHoolboy Q, fellow pro Lanto Griffin and his partner, Macklemore. Berger is being replaced in the field by 2014 WM Phoenix Open winner Kevin Stadler.

Daniel Berger has withdrawn from the AT&T Pebble Beach Pro-Am due to back injury. Berger is replaced in the field by Kevin Stadler.

Cantlay, Spieth, Matt Fitzpatrick, Kevin Kisner, Justin Rose, Mackenzie Hughes, Cameron Tringale and Seamus Power are now the only top-50 players remaining in the field. Another 21 of the top-50 players in the world are teeing it up this week in the Saudi International on the Asian Tour.