How 63-Year-Old Bernhard Langer Was Competitive At Augusta National 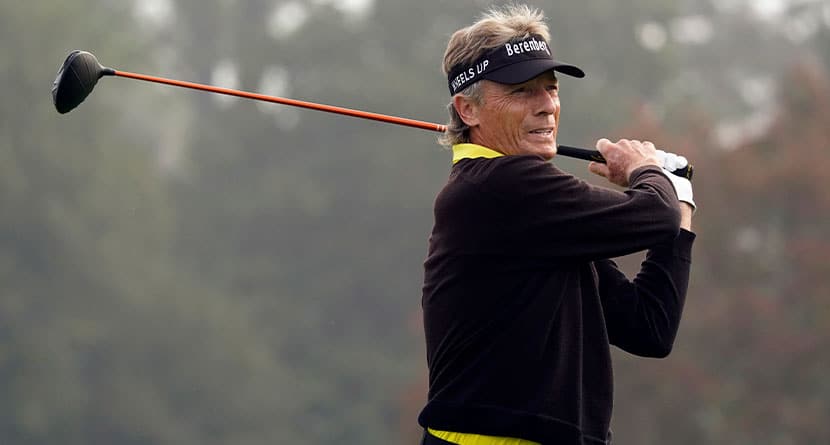 Rightly, Dustin Johnson will be remembered as the protagonist of the 84th Masters Tournament, an event so strange that it was played in the middle of November without fans in the midst of a global pandemic.

However, when we look back on the 2020 Masters, a strong contender for best golfer in a supporting role, it will be difficult to overlook 63-year-old Bernhard Langer.

The two-time Masters champion proved through experience, ingenuity and grit that with the right mindset and game, Augusta National can be beaten in terms of breaking par. Langer shot rounds of 68-73-73-71 to set the record as the oldest player to make the cut at The Masters.

“It’s not easy to do it,” Langer said. “There have been so many great players here before me, including the ones we just talked about, from Jack Nicklaus to Gary Player to all the greats that have competed here, and to be the oldest to make the cut, it’s certainly an achievement. Hopefully, I get to play a few more years and enjoy this place.”

He finished in a tie for 29th place, ahead of, among many notable others, Bryson DeChambeau, whom he played alongside in the final round.

The obvious question emanating from Langer’s performance was how did he do it?

The biggest thing for Langer was his experience around Augusta National. Despite having longer clubs in to practically every green, he was able to manage his game to give himself the best opportunity to score.

“I have to miss the greens in the right place,” Langer said on Saturday. “Like say, for instance, 18, I hit a really good drive, and I had 226 yards to the pin. So I’m hitting 2-hybrid, and I know, if I hit it right, I’m probably dead, if I hit it in the bunker. So I have to guard against that and hopefully hit the green, but if I miss, I need to miss left. I missed left, and it wasn’t a particularly good shot, but I had a chance to get up and down. I played a beautiful chip to about a foot and made par.

Langer explains his superhuman ways for the rest of us: https://t.co/4iatP29LCi

“That’s how I have to play several of the holes, especially the long ones, but it doesn’t always work out that easy. It’s much easier to hit fairways and greens and have a birdie putt, but that’s hard to do when you come in with those kind of clubs. I mean, 17, I hit a beautiful drive, and I hit 2-hybrid. Rory hit driver and pitching wedge, I think. That’s what I’m competing against.”

Langer largely controlled his controllables — he drove it well, httiing 39 of 42 fairways for the week and he putted the lights out, not having a single three-putt and posting a 1.54 putts per green average.

Another important part of his game was his long-iron, hybrid and fairway-wood play. On Sunday playing alongside DeChambeau, on the 12 holes in which both hit drivers (Nos. 3 and 10 omitted), DeChambeau outdrove him by a combined 725 yards.

“I think I six hybrids and two 3-woods into par 4s,” Langer said of his fourth round. “That’s just not a lot of fun, but it is what it is.”

He would go on to hit 13 greens to DeChambeau’s nine and beat him by two strokes.

Aside from knowing the course and his game to a fault, Langer also paid mind to his body knowing what four rounds around Augusta National can do to someone his age.

“My knees are shot right now,” Langer said after his second round. “My wife just said, ‘you’re not going to hit balls, are you?’ I said, ‘no, no chance. I’m done.’

“I played 27 today or 26, and this is one of the hilliest courses we play, and when it’s wet, it’s even a harder walk.  I do stretching and I do workouts, but again, it’s a young man’s course in many ways. It’s a hard walk around here on any day because you’re not just walking down and up, there’s a lot of sidehills, as well, which a lot of people have shin splint problems and their feet are hurting, their knees, even their hips and their backs sometimes going out. So it’s not an easy place to walk, but it’s a wonderful place to walk.”

At 63, Langer’s game and guile were enough to notch him a top-30 finish at the final major championship of the year while his commitment to fitness allowed his body to let his game do the talking. That’s something every golfer can learn from.