The Best Moments From The Match III: Champions For Change 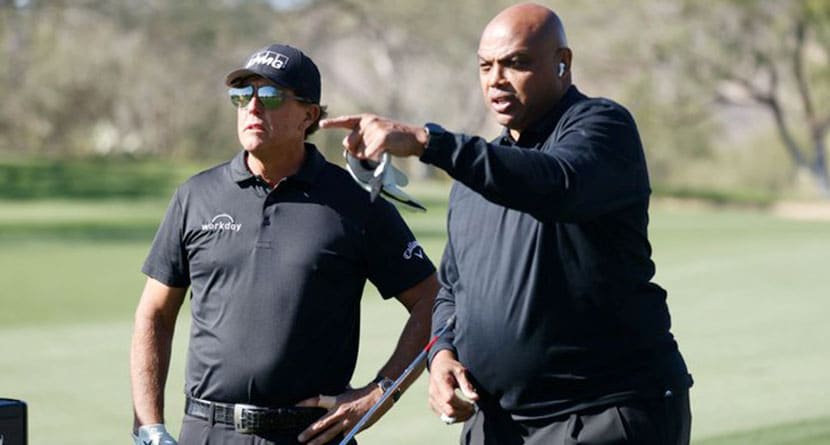 What The Match III was lacking without Tiger Woods competing, it made up for in an enhanced viewer experience thanks to having a few of these made-for-TV exhibitions under the broadcast’s collective belt.

Beginning with an hour-long pre-match show, and aided by open mics and a cadre of celebrities and athletes joining the broadcast throughout, The Match III delivered a fun and different version of what we’ve seen in recent months.

Despite his absence, Woods made his presence known with a “gift bag” of sorts for Barkley.

Tiger gave Peyton Manning some gifts to give to Charles Barkley. 😂 pic.twitter.com/K66iv5lOr0

While Barkley was the butt of most of the jokes throughout the day, it was he and partner Phil Mickelson who got the last laugh, putting on a dominant performance at Stone Canyon in Oro Valley, Arizona, defeating Peyton Manning and Steph Curry, 4 & 3.

Over the course of the day, the four stars raised money for Historically Black Colleges and Universities as well as meals for families in need. $4.4 million was raised during the course of play and with the additional challenge holes, the total grew to $5.4 million.

If you weren’t able to tune in, here were some of the best and funniest moments of the day.