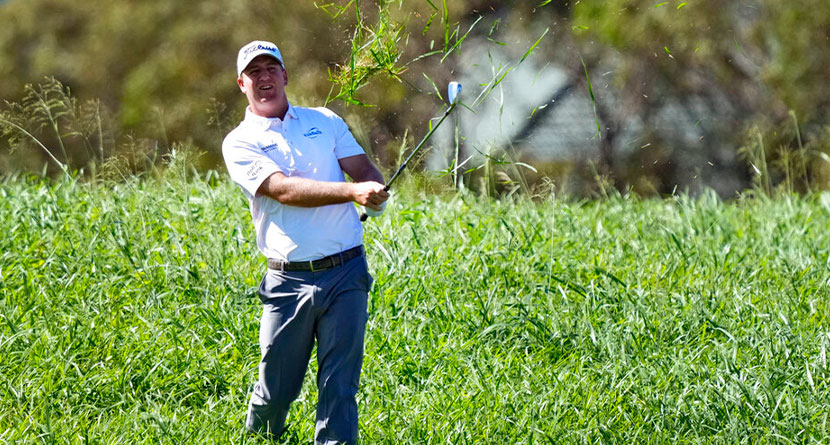 HONOLULU (AP) — Tom Hoge felt it was an easy decision to take a 5,000-mile detour between Maui and Honolulu so he could watch his alma mater, TCU, play for the national championship in football against Georgia. That didn’t end well for him or the Horned Frogs.

Another easy decision for him was booking the flight.

He left Maui after a tie for third in the Sentry Tournament of Champions at Kapalua that paid him $840,000. And he still flew coach.


“I always fly coach. That’s normal for me,” said Hoge, who said he had seat 25A on the way back to Hawaii.

At least it was an exit row.

Hoge, a native of North Dakota, has never felt much reason to splurge on anything, except maybe the occasional craps table. And he’s easing up on that at the urging of his wife, Kelly, whom he jokingly refers to as the “warden” when it comes to his craps habit.

“I always get an exit row and I get upgraded half the time,” Hoge said. “I try to hang onto some of this money we make, right?”

It’s not all about the money. Hoge turned down an offer last year to join Saudi-backed LIV Golf, an offer that Fire Pit Collective put at eight figures.

Love this about Hoge. Flies coach back and forth to LA for TCU-Georgia game. Mention that to every player/caddie and the response, “Yep, that’s Tom.” Also Matt Every and Sangmoon Bae in Asian Tour q-school. Weekly golf notes.https://t.co/4dQbPZTAfl

He won the AT&T Pebble Beach Pro-Am last year for his first PGA Tour victory. He’s not into the Player Impact Program, and he would just as soon play golf courses he likes than only those with a $20 million purse attached.

Hoge, who finished 10th at his first Tour Championship, made just over $5.3 million last year with his FedEx Cup bonus. His actual career earnings are $13.2 million.

He is in his ninth year on the PGA Tour, and he has made the FedEx Cup postseason four of the previous eight years. Only once did Hoge fail to get his card back through the Korn Ferry Tour Finals, and that year he got into enough events to make it work.

“I’ve always taken the approach whenever my career comes to an end — for me, it’s always been trying to get that next year, and the next year — that whenever I’m done, whatever I want to do next is not based on money. I’ll have freedom to make a decision.”

Hoge already has three top 10s this year, including Kapalua, and is No. 16 in the FedEx Cup. He is a career-high No. 30 in the world ranking, and he will be headed back to the Masters in April.

There was one time he got a little crazy with his money.

“It’s been a while,” Hoge said. “I bought a fancy car when I was a little younger. I was lucky because I hadn’t made much money in my career at that point. I realized it didn’t do a lot for me.”

The tour has a relationship with BMW, so he bought an X5 M. This was after a 2018 season in which he crossed the $1 million mark for the first time.

As for his love of craps, that remains a work in progress.