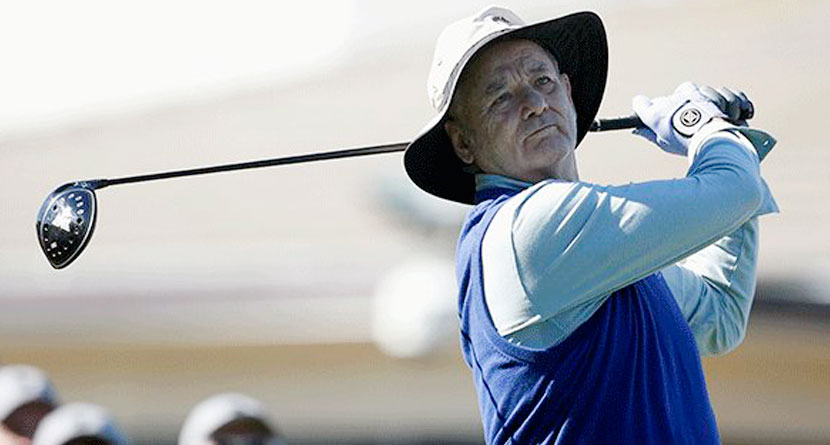 Golfers are a loyal group, so if one of our own is opening a “Caddyshack”-inspired bar and grill — especially if that someone is Bill Murray — you better believe golfers will flock to the barstools. Murray and his five brothers are planning to open the movie-inspired bar near their hometown of Evanston, Illinois in the Crowne Plaza hotel in Rosemont.

The Daily Herald’s Christopher Placek had the details on the new eatery.

Two new restaurants, including a golf-themed sports bar run by Bill Murray and his brothers, are in the works to open in Rosemont, officials said.


The bar would be within the Crowne Plaza hotel at River Road and Balmoral Avenue, across the street from the Rosemont Theatre box office, according to Mayor Brad Stephens.

The Murrays have a verbal agreement for an 11,000-square-foot space inside the hotel and are now working to get a written lease, Stephens said.Blueprints for the restaurant would have to be submitted for village review before construction could begin. It’s still unknown when that might occur.

Bill Murray famously starred as greenskeeper Carl Spackler in the 1980 golf comedy “Caddyshack.” It was the six brothers’ experiences growing up as caddies at Indian Hill Club in Winnetka that inspired Brian Doyle-Murray to write the script for the film.

The brothers were inducted into the Western Golf Association’s Caddie Hall of Fame in 2015.

In case you were wondering what will be on the menu at the bar, Spauling Smails has a few requests.