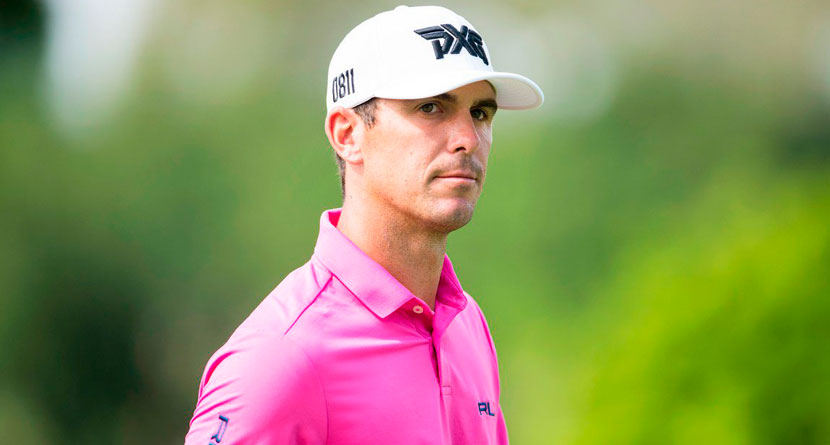 We’ve all been there before. You miss a putt you could’ve sworn is center cut, and flip your putter in the air in disbelief generally with the hopes of catching it. Sometimes you do, sometimes you don’t. Regardless, you pick it up and move on. But there’s always that one time it doesn’t go as planned, and it’s usually embarrassing. Billy Horschel had one of those moments on Thursday during the first round of the FedEx St. Jude Classic.

Bill Horschel just accidentally snapped the head off his own putter. pic.twitter.com/yMYK4UCVDo

Yes, that’s the fiery Floridian picking up the pieces of his putter after not making the catch following a miss. Because the break did not occur “during the normal course of play,” Horschel was not allowed to replace his putter. Fortunately, the incident occurred on the 8th hole, his 17th of the day, and used a fairway metal to clean things up.

He currently is inside the cut line at four-under after rounds of 71-66. Good news…his putter remained intact the entire round on Friday!

My back up putter worked beautifully today! ??….. @pxg Bat Attack!!!
Putter knows nothing but the bottom of the cup! #PXGTroops pic.twitter.com/nlX8z2KxcW

Ironically, Horschel launched a club at his bag, and accidentally his caddie, a few weeks ago at the Players that didn’t break. Of course, a week later he won the AT&T Byron Nelson. Golf!