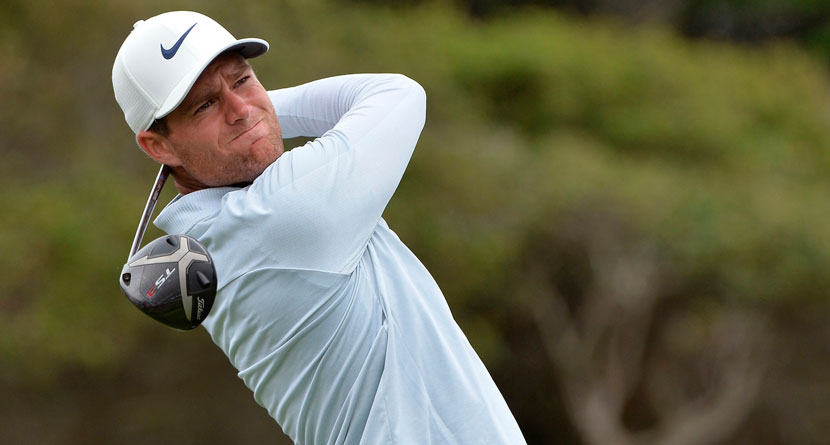 Lucas Bjerregaard’s driver didn’t make it the full 18 holes during the first round of the 119th U.S. Open.

The Dane who burst onto the casual golf fan consciousness earlier this season at the WGC-Dell Match Play after knocking off Tiger Woods in the quarterfinals did not have his best day on Thursday at Pebble Beach.

After notching bogeys on two of his first three holes of the championship, Bjerregaard dropped another shot at the difficult par-3 17th hole before depositing two balls into the Pacific Ocean, another out of bounds to the right of the iconic 18th hole.

After finding the fairway with his seventh shot, Bjerregaard decided to make one more donation to Stillwater Cove, his Titleist driver.

Hard to say exactly what happened to Lucas Bjerregaard at No 18. There is no running score for shots 2, 3, 5 and 7, but it all added up to an 11. pic.twitter.com/V3sJoM5DwQ

“It’s tough,” he said afterward. “It kind of ruins it all for me. It’s a course where you have to limit your mistakes. You can’t afford to be making 11s.”

Bjerregaard would go on to play his final nine holes in even par, carding seven pars, one birdie and one bogey to shoot a 9-over par 80.

His best finish at a U.S. Open came in his debut in 2014 at Pinehurst where he tied for 40th, 18 strokes behind the champion, Martin Kaymer. He’ll need to shoot a low one in the second round to make his second cut in three tries at the U.S. Open.