The PGA Tour Season is On The Line in Chicago 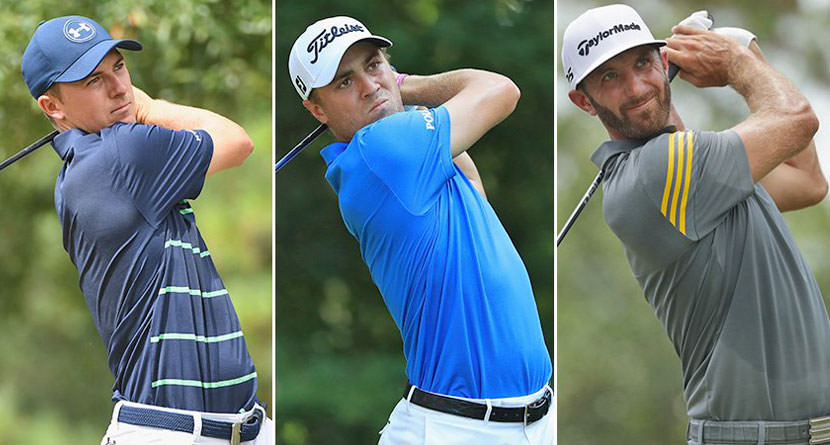 Only 70 men are still alive in the FedEx Cup Playoffs with two events left in the 2016-2017 season. Just 30 of those top-70 will advance to next week’s Tour Championship to have the chance at winning the $10 million FedEx Cup.

All the big names are in the field this week in Chicago at the BMW Championship and many will have their early-round play streamed on PGA TOUR LIVE, which will have coverage beginning early Thursday morning.

Jordan Spieth, Justin Thomas, Dustin Johnson, Hideki Matsuyama, Jon Rahm and Rickie Fowler rank one through six in the season-long rankings and will be featured inside PGA TOUR LIVE‘s coverage window over the first two days of the event. Players six through 12 will also be featured.

What every player needs to do to qualify for @PlayoffFinale.https://t.co/lXEbGjusQk

The first two days of the BMW Championship will be live streamed on PGA TOUR LIVE beginning at 11 a.m. EST, giving subscribers eight hours of live golf that otherwise would go unseen. Through the Tour’s partnership with Twitter, the first hour-plus of the PGA TOUR LIVE broadcast can be seen for free.

Here is PGA TOUR LIVE’s schedule for the BMW Championship.

PGATL will move to Featured Hole coverage on Thursday and Friday at 3 p.m. Featured Hole Coverage will consist of the 15th (Par-4) and 17th (Par-3) holes.

On Saturday and Sunday, PGATL’s broadcast will begin at 8:30 a.m. ET with Featured Group and Featured Hole coverage. The Featured Group will be determined later this week, but the weekend’s Featured Holes will be the 1st (Par-4), 15th (Par-4) and 17th (Par-3) holes.

Last year’s BMW Championship was won by Dustin Johnson, who fired weekend rounds of 68-67 to post a three-shot win over Paul Casey. Roberto Castro finished six shots back and the rest of the field was 11 shots back or more.