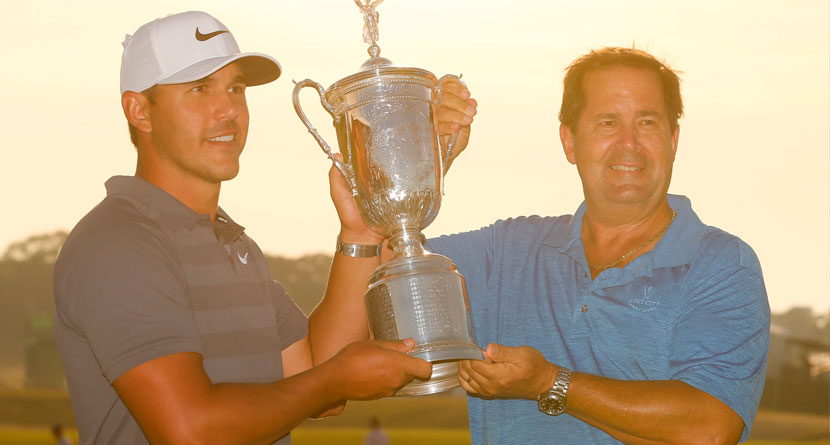 As it turns out, feuding with Brandel Chamblee on social media is a family tradition for the Koepkas.

While Brooks is enjoying a few vacations and five weeks off, his father, Bob, carried the Koepka torch on social media on Saturday night.

A rocky relationship between the Golf Channel analyst and the top-ranked player in the world has included jabs on social media and in interviews over the course of the last 12 months, but until this point, it’s only been Brooks who has responded publicly.

Responding to a relatively innocuous tweet about Chamblee playing golf with his wife, Bob Koepka took the opportunity to question Chamblee’s toughness.

Questioning Chamblee’s hesitation in going for the green, Bob Koepka responded, “And you question Brooks’ toughness?”

“Never questioned his toughness,” Chamblee rebuttaled. The question posed to me was is he the mentally toughest player on Tour. I said I needed more evidence. If you want to be accurate.”

It may be the “offseason” on the PGA Tour, but the chip on the collective Koepkas’ shoulder never takes a day off.