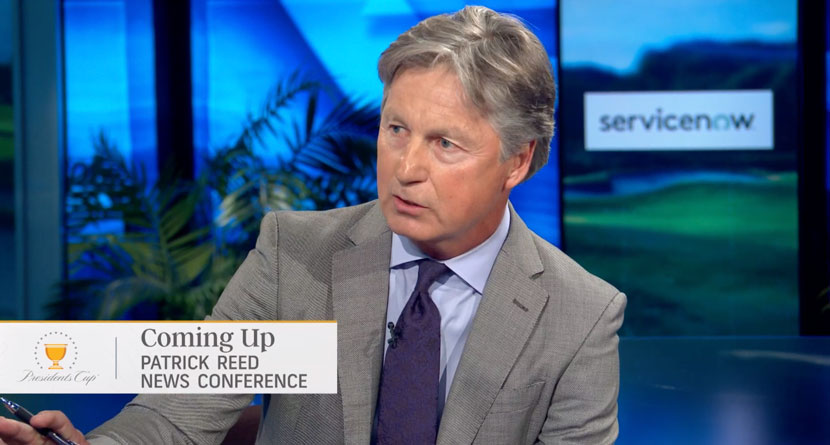 In the aftermath of Patrick Reed’s rules run-in at the Hero World Challenge over the weekend, his competitor last week and playing captain this week, Tiger Woods, came to Reed’s defense, but others haven’t been so keen to give Reed the benefit of the doubt.

“I have spoken to Pat about it, it’s behind us, we’re onto this week, we’re focused on going against this great International team here,” Woods said via the RTE. “As we all know, Pat was penalized and that was it, end of story. Unfortunately, he missed the playoff by those two shots but we’re looking at this week.”

While it may be “end of story” for Woods, it’s exploded into a much bigger deal elsewhere, resulting in some pretty pointed commentary from some of Reed’s opponents this week at Royal Melbourne.


Cam Smith, a fellow PGA Tour pro and an Aussie making his Presidents Cup debut on home soil this week, wasn’t as generous with his assessment of Reed’s actions.

“I don’t have any sympathy for anyone that cheats.”

“If you make a mistake maybe once, you could maybe understand but to give a bit of a bulls**t response like the camera angle, that’s pretty up there (inexcusable),” Smith said, according to the AAP. “I don’t have any sympathy for anyone that cheats. I hope the crowd absolutely gives it to not only him, but everyone (on the American team) next week.

“I know Pat pretty good and he’s always been nice to me, so I don’t want to say anything bad about him but (if) anyone’s cheating the rules, I’m not up for that.”

Fellow Aussie and Presidents Cup International Team member Marc Leishman echoed his countryman’s sentiments saying, “I did see it and it looked pretty ordinary, to be honest. It didn’t look too good for him.”

While the Aussies’ call-outs were pretty damning, no one does scorched earth quite like Brandel Chamblee. On Monday’s edition of Live From The Presidents Cup, the outspoken analyst pulled no punches when discussing the Reed situation, saying that the distraction will hurt the team.

“Deep down in the marrow of this team, they will be affected by this controversy,” Chamblee said. “Their DNA as a team has been altered. To defend what Patrick Reed did is defending cheating. It’s defending breaking the rules.

“The specter of having in their midst somebody who so fragrantly broke the rules; look they made a deal with the devil when they put Patrick Reed on this team. They thought that whatever darkness he would bring to the team would be offset by his competitive fire. When was the last a teammate stabbed everybody in the back as soon as the event was over? It was the last time there was a team event, and it was Patrick Reed.

Chamblee continued by saying that Reed’s reputation precedes him in a way, and his ego is causing him to make statements in the aftermath that are just as damaging — if not more so — than the rules infraction itself.

“This was flagrant,” he continued. “No way, no camera angle you could look at. Anybody in the world of golf who watched this, it was repugnant video to anybody in the world of golf….As far back as this game goes, at its inception, is that you do not improve your lie. It’s not a new rule. It’s been a long time, I don’t care what camera angle, he will have known he’s improving his lie.

“The fact that he thinks there is no intent. I think his ego is as big as Jupiter. Ego monsters are irritated by facts, but they’re not moved aside from them. They think their ignorance of the facts, or their version, of what happened is greater than the truth.”

Despite host Ryan Burr’s attempts to play devil’s advocate, the panel of Chamblee, Jaime Diaz and Jim Gallagher Jr. were squarely in the camp that Reed was completely and obviously in the wrong, and that the effect of the ruling and the ensuing talking points only made matters worse.