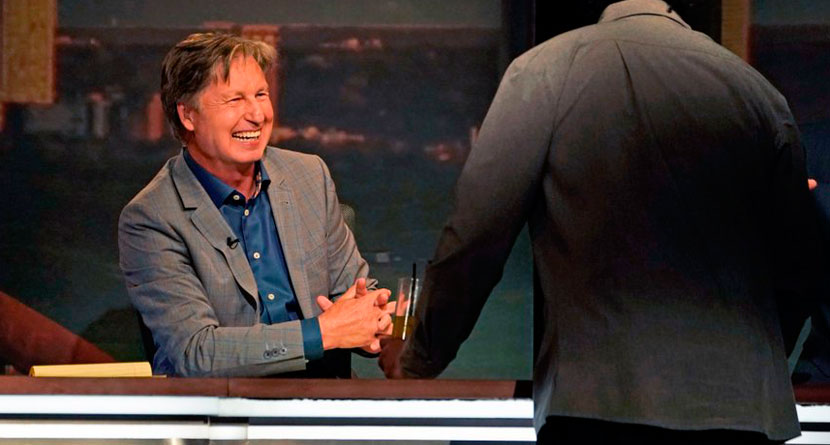 Getting into it with professional golfers is just another day in the life of Brandel Chamblee, but last week was likely one of the first times the Golf Channel host had to publicly respond to a call-out from a player’s parent.

Bob Koepka, the father of golf’s No. 1 player in the world, took the opportunity to respond to a relatively harmless tweet from Chamblee that detailed a round of golf the analyst was playing with his wife.

Needing to be talked into going for a par-5 in two from 245 yards out, Chamblee’s wife asked him if he was “a man or a mouse?” which Koepka saw as an opening to open the conversation on the “toughness” criticism Chamblee had of his son earlier in the year.

“Never questioned his toughness,” Chamblee rebutted. The question posed to me was is he the mentally toughest player on Tour. I said I needed more evidence. If you want to be accurate.”

After 10 days of silence on the issue, Chamblee took to social media once again to rifle off a response to Koepka’s father in the aftermath of a story by John Feinstein on Chamblee making the rounds citing a “negativity bias” for the reason people only remember the criticisms made against them.

I’d bet I’ve done over 5,000 segments on Tiger and it’s likely 90% of them were laudatory, but the effect of negativity bias is such that most, including him, remember only the criticisms. Much the same is true with Brooks, hence his father’s reaction. https://t.co/E8xk9o8BMH

“I’d bet I’ve done over 5,000 segments on Tiger and it’s likely 90% of them were laudatory, but the effect of negativity bias is such that most, including him, remember only the criticisms,” Chamblee wrote. “Much the same is true with Brooks, hence his father’s reaction.”

Even during the offseason, when it comes to Chamblee and his cadre of dissidents, there’s never a dull moment.