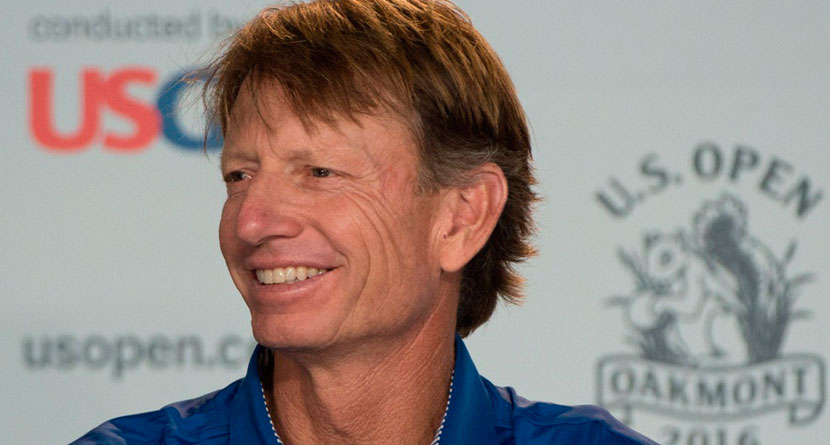 Who needs enemies when you have friends like Brandel Chamblee and Brad Faxon?

The former is currently grinding out PGA Tour Champions Qualifying School while the latter is traveling around the world teaching, covering and playing golf more sparingly.

As reported by Golfweek.com’s The Forecaddie, an anonymous figure who reports on less-substantiated and behind-the-scenes goings-on in professional golf (but who seems to have a lot in common with Eamon Lynch), a recent casual round of golf that featured Faxon, Fox Sports Golf producer Mark Loomis, the Forecaddie and a mutual friend included a funny story that Chamblee was more than happy to jab Faxon with.

The mutual friend innocently asked Faxon during the course of their round whether or not he had ever competed at Augusta National, a relatively naive question considering Faxon won eight times on the PGA Tour and spent the better part of 15 years inside the top-50 in the world rankings.

Faxon responded in kind, filling in the friend that he had played in the event 12 times. After the round, The Forecaddie shared the story with Chamblee on a group text, which empowered Chamblee and a few of Faxon’s other buddies to have some fun at Faxon’s expense earlier this week as they prepared for Champions Tour Q-School.

“Hey Fax, we’re just out here playing a practice round for the Tour school qualifying and we’ve been talking amongst ourselves,” Chamblee said, flanked by friends Brett Quigley, Paul Stankowski and swing coach Lucas Wald. “We’re just wondering if you ever played good enough to play in the Masters?”

In a perfect response, Faxon sent back a reply through the group text that would have stopped the laughter right in its tracks.

“Thanks for that video, it made me laugh,” Faxon said. “I know I can’t remember how many Masters I’ve played in. But I do remember I’ve never played in a Tour school.”