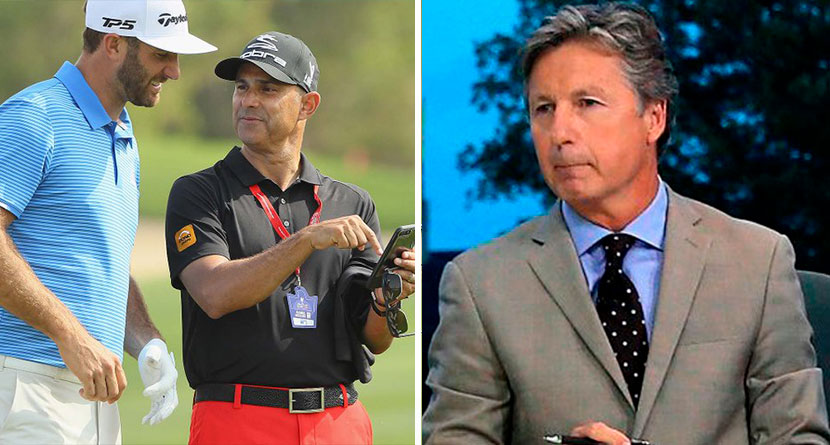 Brandel Chamblee’s incendiary comments in an Q&A with Golfweek’s Adam Schupak only further fanned the flames as parts two and three of the interview were published late last week.

After saying modern golf instructors have “taught flawed philosophies and these philosophies finally got bitch-slapped by reality,” the CEO and President of the PGA of America filed a scathing joint statement in a letter to the editor calling Chamblee’s comments “offensive, sexist and disgraceful.”

Chamblee’s onslaught continued in the second and third installments of the interview in which he called out decisions made by Rickie Fowler, Jordan Spieth and their respective swing instructors.

The rebuttal this time didn’t come from the PGA of America brass, but instead from some of the game’s most respected teachers, including Claude Harmon III and Michael Breed.

Brandel Chamblee didn’t hold back on his thoughts involving a few of the game’s top players and instructors. ? https://t.co/Cvkv5Zv61g

“I worked at Sky TV for four years doing what Brandel does, and it’s brutal how hard that job is,” Harmon, who coaches Brooks Koepka, told GolfDigest.com’s Matthew Rudy. “Brandel is a television character. He’s an actor. He has a role he performs, and he does a great job at it. Brandel is a thinker, and he does a lot of research. He’s 100 percent entitled to his opinions. But when it comes to talking about the swing and about golf instruction, it’s hard to take him seriously. He doesn’t give lessons, or have a body of work to evaluate.”

“What you’re really hearing is a guy who was frustrated he didn’t perform at the level he thought he should have performed at,” Michael Breed said on his SiriusXM PGA Tour Radio show. “And it has to be somebody’s fault. It can’t be mine, so it has to be a coach or a teacher. Maybe you just weren’t that good.”

Speaking about Spieth specifically, Chamblee showed Schupak two videos he had saved on his phone of Spieth’s swing from 2015 and from 2019, and critiqued the 26-year-old 3-time major champion’s balance.

“There’s consequences to these movements,” Chamblee said. “You cannot change the engine pattern. (The video from 2015) is how Jordan plays his best golf. Why would his teacher tell him to change that? Why? He’s either being told to do that or whoever’s watching him doesn’t see that he’s doing that. That would take two seconds to fix. Two seconds. But he’s clearly been told that or somebody’s watching him who is not aware.”

“It takes two minutes to call somebody’s agent to reach out, or, better yet, to walk over to Brooks or to me or to anybody else on a practice range and say what you want to say or ask questions to get some more information. Or, you can sit at 35,000 feet and criticize,” Harmon said. “The Spieth stuff? The problem is that I never see Brandel in the world I live in. Gary Koch comes and stands on the range for hours, just watching. And if he thinks he’s going to talk about a player, he asks questions so he can get details and context. The only time I’ve even seen Brandel at a tour event is in a cart, getting driven back and forth from the media compound.

“My job would be so much easier if I could just give opinions in a vacuum, but my opinions have consequences. His don’t. Brandel is in the opinion business. I’m in the results business.”