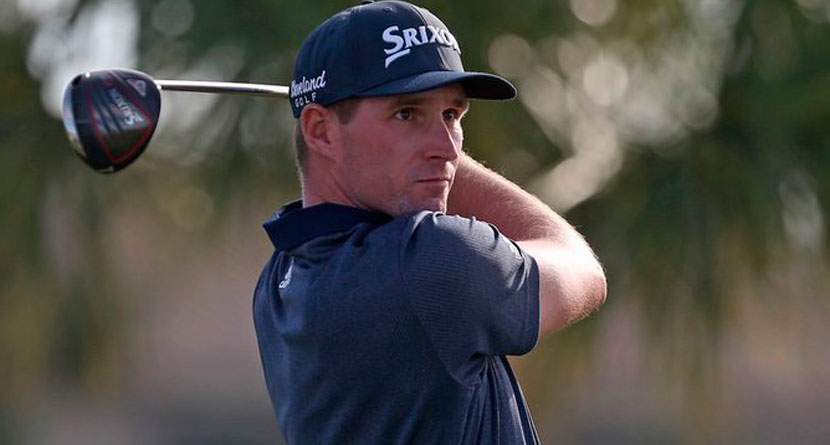 The glamorous life of the best golfers in the world oftentimes overshadows the (sometimes harsh) reality that many of the top players in the sport face on a weekly, monthly or yearly basis.

It takes a story like Brandon Matthews to remind golf fans just how many good players there are all over the world, and one shot one week can make the difference between toiling away in obscurity and having the chance to change your life and career in one of the game’s four biggest tournaments.

Playing in the PGA Tour Latinoamerica’s Argentine Open this past week in Buenos Aires, Matthews was locked in the third hole of a sudden-death playoff with Ricardo Celia. Being a national open, the R&A offered a spot to the winner of the event in the 2020 Open Championship at Royal St. George’s, however it wasn’t meant to be for Matthews who needed to hole an 8-foot birdie putt to extend the playoff.

“I got over the putt, took the putter back and heard kind of a yelp or a scream,” Matthews told GolfChannel.com. “I kind of flinched on the putt and immediately knew I missed it.

“I’d been putting really well all week, and I had no doubt that I was going to make the putt. I gave it a little too much right hand, missed it and turned around and said, ‘Come on guys, seriously?!’ I was obviously frustrated about it.”

“Some things in life are just bigger than golf.”@B_Matthews12 missed a putt in a playoff of a @PGATOURLA event when a fan yelled in his backswing. It cost him the win and a spot in The Open.

When he learned that the fan had Down syndrome, he immediately asked to meet him. pic.twitter.com/kBbVNqNwsh

Growing up with a mother who worked with special needs kids, Matthews immediately went into action, seeking out the fan and making sure he wasn’t upset with what had happened.

“I was around mental disability growing up, and I have a soft spot in my heart for it. Those are really special people,” he said. “I felt so terrible that I was even upset. I just wanted to make sure that he didn’t feel bad.”

These pics were taken minutes after this gentleman with Down Syndrome yelled in Brandon Matthews backstroke. The missed putt caused him to lose playoff and a chance at a spot in your championship. Let’s make this right. Please RT
Thank you,
The golf world pic.twitter.com/PxbV9sA6zl

Matthews’ story has picked up mainstream steam thanks in large part to a segment on Scott Van Pelt’s SportsCenter on Monday night that brought the story into the broader sports consciousness.

One Big Thing
A golf story you have to hear about pic.twitter.com/YNAvXXW9eK

“It’s going to sting, and there are times where I’m going to think about it,” Matthews said of missing out on his chance to make it into the Open Championship. “But at the end of the day, I’m 25 years old and have a long career ahead of me.”

A groundswell of support has led to folks petitioning the R&A to give Matthews a spot in next year’s field.