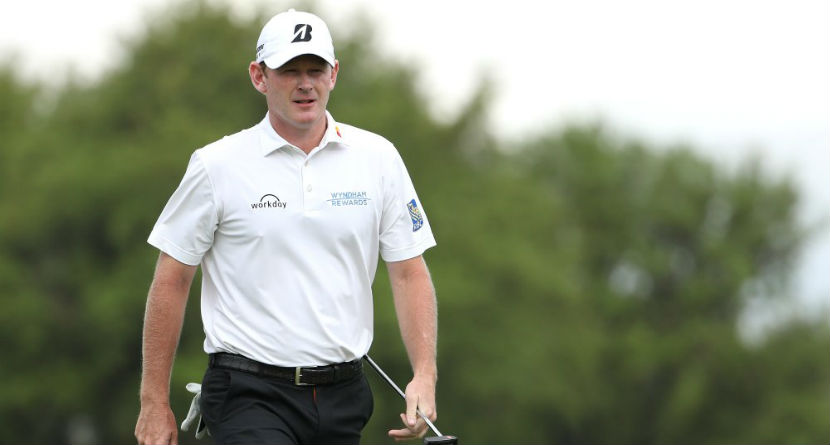 PGA Tour pros change equipment all the time, mostly to welcome the latest and greatest technology their sponsors are providing for them. However, some guys prefer to stick with what they’ve known for years, especially when it comes to putters. Brandt Snedeker would classify as one of those players. He’s had the same Odyssey Rossie 2 putter with him on Tour since his college days. But on Wednesday, just before his first match at the WGC-Dell Technologies Match Play against William McGirt, he immediately knew something was wrong with it.

“I was warming on the putting green and it was setting up funny and really upright, I started messing with it and I moved it and was like, ‘Oh God, the head’s loose,’” Snedeker said, according to a Golf Channel report. “Luckily I had a backup putter that I hadn’t even hit before.”

Snedeker took a quick one-up lead on McGirt with the new flat stick, but eventually lost the match two-up. He told Golf Channel he was going to have three replacement putters shipped prior to his Day 2 match against Andy Sullivan while he attempted to get his original fixed.

But as of Wednesday night, it appeared plans changed according to some tweets he posted on Twitter. Apparently, the eight-time PGA Tour winner took a detour to the Golf Galaxy in Austin and found exactly what he was looking for!

And a big thank you to whoever traded in an old Rossie 2 to the Golfsmith in Austin!! #rollthatrock #newbaby

Snedeker faced Andy Sullivan on Thursday, and lo and behold he won 2&1. He’ll need some help in group play on Friday to make the weekend, but it appears the new/old putter works just fine.