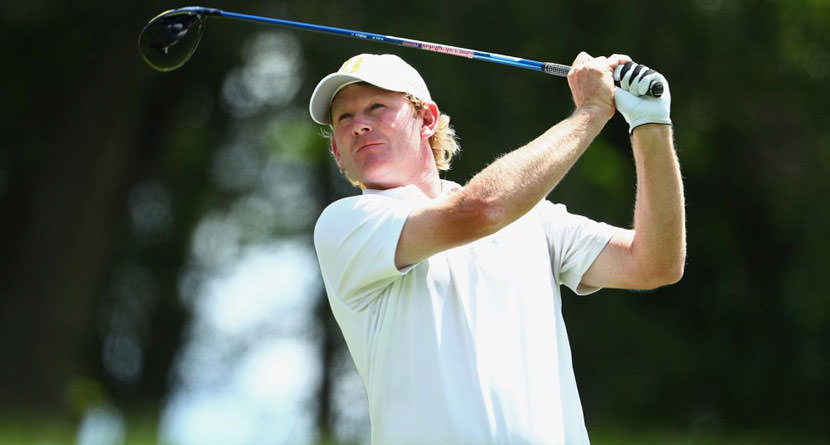 The first major of 2018 is still more than 100 days away, but punching a ticket to Augusta National can be secured this week in Indonesia, some 10,000 miles away from the home of the Masters.

The little-known Indonesian Masters is the last full-field event of 2017 on the European or PGA Tours and thus, the last chance for those on the cusp of the top-50 in the Official World Golf Ranking to sneak inside that magic number to earn their spot in the Masters field.

Getting ready to start one of the longest flights in the world.. JFK to Hong Kong.. 16hrs and 8k miles.. Then on to Jakarta for Indonesian Open.. Will literally have spent 24hrs in the air by the time I get there..

One of the biggest names in the field at the Indonesian Masters this week at Royal Jakarta Golf Club is Brandt Snedeker, an eight-time winner on the PGA Tour, who is trying to get his invitation to the Masters before 2018.

Kyle Porter at CBSSports.com broke down the scenarios for Snedeker and other players on the outside of Magnolia Lane looking in.

Because of an injury-plagued 2017, Brandt Snedeker has dropped from No. 28 in the Official World Golf Rankings to start the year to No. 51 as it draws to a close. Why is that significant? Well, the top 50 in the OWGR at the end of the 2017 calendar year qualify for the 2018 Masters, and Snedeker has not qualified any of the other ways you can qualify.

So he’s hopping on 24 hours worth of flights to get to the Indonesian Masters this week, which is part of the Asian Tour and one of the few events left on the 2017 calendar. And Snedeker is not the only one. Bubble boys Satoshi Kodaira, Dylan Frittelli, Kiradech Aphibarnrat and Yusaku Miyazato will all join Snedeker in Indonesia — all need strong showings to get inside the top 50.

As you can see below, Snedeker is projected to fall even farther in the OWGR next week unless he finishes at the top of the leaderboard in Indonesia. Snedeker has played in every Masters since 2010, and even if he doesn’t make it on points this week, he’ll have a chance to either win a tournament before the Masters in 2018 or get inside the top 50 before the end of March. Both would qualify him for the first major of the year.

#OWGR projection for wk#50:@IndoMasters @~24p
Hideki moved ahead of Rahm this week,
but they will change places again next week.
Unfortunately not enough points available
for @JustinRose99 to move up if he wins.

Unfortunately for Sneds, he’ll need to earn his way into Augusta in some other fashion in 2018 as he walked off of the course in the middle of the second round citing heat exhaustion.

Can still get in Masters by getting in Top 50 by March 25 or winning PGA Tour event https://t.co/UTSxUUFnCk

Justin Rose leads through two rounds. Among the notable movers and shakers in the field, Kiradech Aphibarnrat is in position to move inside the top-50 if he can maintain his current second-place standing.