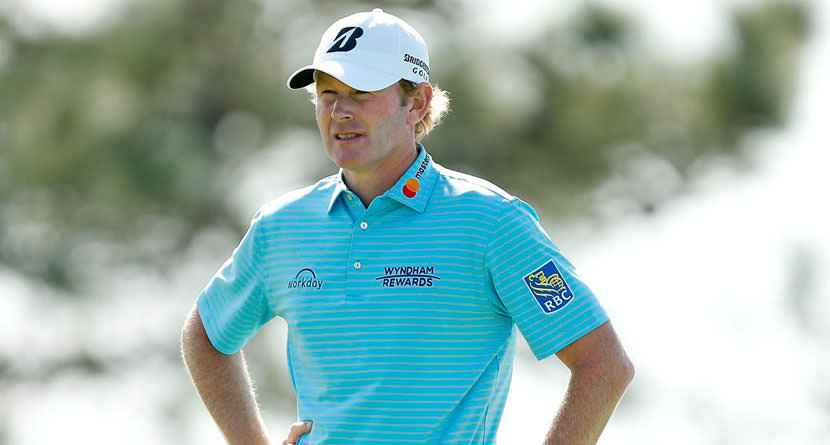 Last week at the Genesis Open, Rory McIlroy detailed that the circus that surrounds Tiger Woods is worth a half of a shot per day, or two shots per tournament, to the 14-time major champion.

And that’s only Tiger. McIlroy didn’t expound upon his feelings for how it affects his playing partners who aren’t used to the hoopla that accompanies a tee time with Tiger. However, if Thursday at the Honda Classic was any indication, Tiger’s playing partners may be at an even bigger disadvantage.

Brandt Snedeker, an eight-time PGA Tour winner, and Patton Kizzire, the current leader in the FedEx Cup standings, combined to shoot 8-over par between them during the first round.

The lowlights from Kizzire included needing to retee on the group’s first hole and a double-bogey 5 on the 17th hole, the final of the famed Bear Trap.

For Snedeker, the 17th provided even more trouble. The 2012 FedEx Cup champion came up just shy of land with his tee shot on the par-3 17th, his eighth hole of the day, and opted to try and play the ball from the water.

Snedeker tried the shot from the water the second time, advancing it barely up the embankment, which he was unable to get up-and-down from leading to a triple-bogey 6.

Both Snedeker and Kizzire would go on to shoot 4-over par 74s, which will require a better score on Friday if they hope to play the weekend.