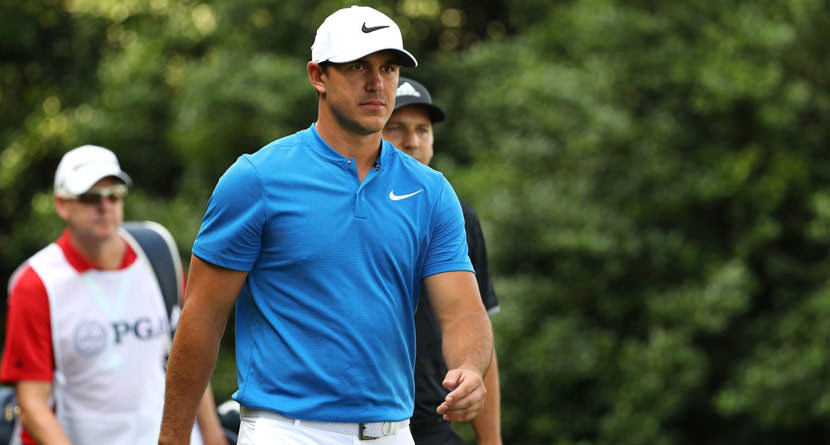 The hardest thing for an injured athlete to do is rest, but that’s exactly what’s been prescribed to reigning U.S. Open champion Brooks Koepka after it was discovered that his lingering wrist issue was the result of a torn tendon.

After winning the Dunlop Phoenix Tournament in Japan in November, Koepka reached as high as No. 7 in the Official World Golf Rankings, but that ranking will only drop now as he will be sidelined through at least the West Coast and Florida swings of the PGA Tour season.

Just got a press release that Brooks Koepka is out for the next 2+ months with a partially torn tendon in his wrist. He’s hoping to make it back for the Masters. Bummer.

Ryan Lavner of GolfChannel.com had more.

Defending U.S. Open champion Brooks Koepka is expected to miss at least the next two months because of a torn tendon in his left wrist.

Koepka, who suffered a partially torn Extensor Carpi Ulnaris (ECU), is hoping to return in time for the Masters.

In a statement released by his management company, Koepka said that doctors are unsure when the injury occurred but that he first felt discomfort at the Hero World Challenge, where he finished last in the 18-man event. Playing through pain, he also finished last at the Tournament of Champions, after which he underwent a second MRI that revealed the tear.

Koepka is expected to miss the next eight to 12 weeks.

“I am frustrated that I will now not be able to play my intended schedule,” Koepka said. “But I am confident in my doctors and in the treatment they have prescribed, and I look forward to teeing it up at the Masters. … I look forward to a quick and successful recovery.”