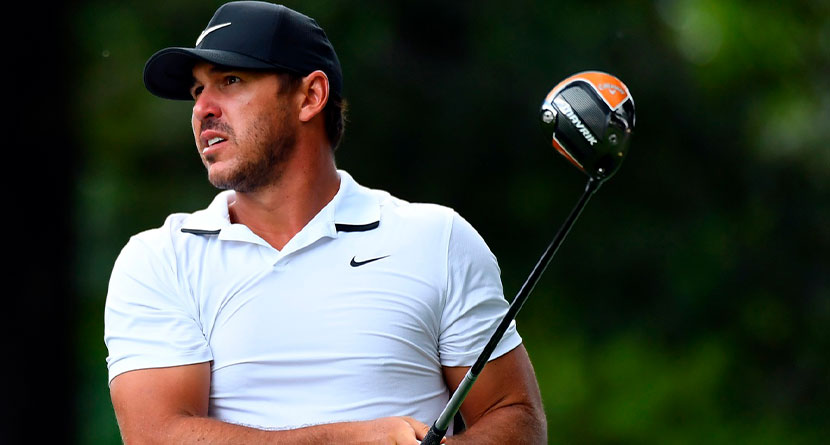 Brooks Koepka has made more than $31 million in official earnings on the PGA Tour over the course of his career, so it’s likely that he’s not sweating what happened on Sunday afternoon on the 72nd hole of the WGC-FedEx St. Jude Invitational as it pertains to his bank account.

Down one stroke and needing to force the issue, Koepka double-crossed his tee ball and hit it into the penalty area guarding the right side of the fairway. The shot led to a double-bogey 6, which dropped him from solo second place into a four-way tie for second.

Following a clutch birdie on No. 17,

Brooks Koepka has found the water on 18. pic.twitter.com/fUekvgG8Bd

While Koepka was chasing trophies, not dollars, the clarification doesn’t mean too much, but to the average golf fan, there was quite a large shift in the money going to Koepka.

Not that he cares, but Koepka just cost himself $455,000 with that double.

As expected, Koepka wasn’t worried about the money.

“On 18, you’re one back, you’ve got to take an aggressive line there,” Koepka said of his tee shot that eventually found a watery grave. “I’m not going to bail out in those bunkers. I didn’t hit that bad of a tee shot, maybe just lined up a little bit left or whatever. Pleased with it. Why wouldn’t I be?”