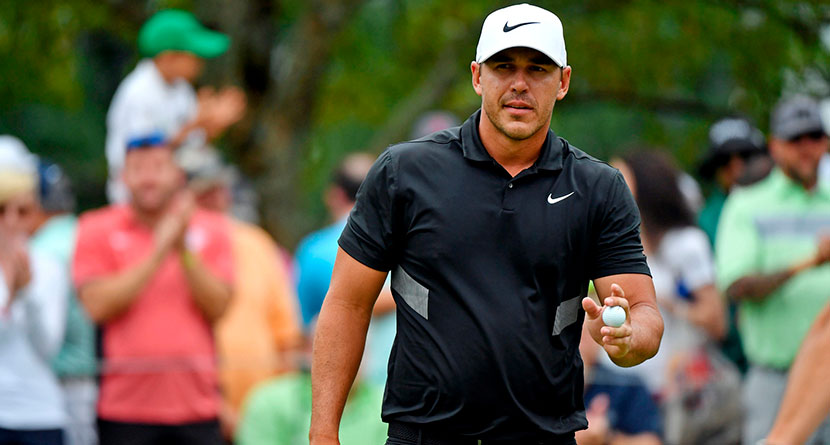 On Wednesday in Abu Dhabi, DeChambeau hopped on Twitch to play some Fortnite and entertain his growing following. During the course of his two-hour stream, DeChambeau fielded questions from his fans, as he normally does.

Over the course of the stream, Brooks Koepka’s name came up and DeChambeau, to his credit, answered and commented pretty openly. After saying that he doesn’t fear anyone on Tour, DeChambeau took a shot at Koepka’s physique.

“I don’t think his genetics even make him look good, to be honest,” DeChambeau said, poking the bear. “In the Body Issue, he didn’t have any abs, I can tell you that. I got some abs.”

Naturally, it didn’t take long for Brooks to respond, and he did so in more ways than one.

First, Koepka went out and shot a first-round 6-under par 66 to sit in third place through 18 holes at the Abu Dhabi HSBC Golf Championship, then he fired back at DeChambeau on social media.

You were right @b_dechambeau I am 2 short of a 6 pack! pic.twitter.com/aCJ1jimId6

“You were right (Bryson),” Koepka tweeted with a picture of his four major championship trophies. “I am two short of a six pack!”

We’ll give this round to Brooks.