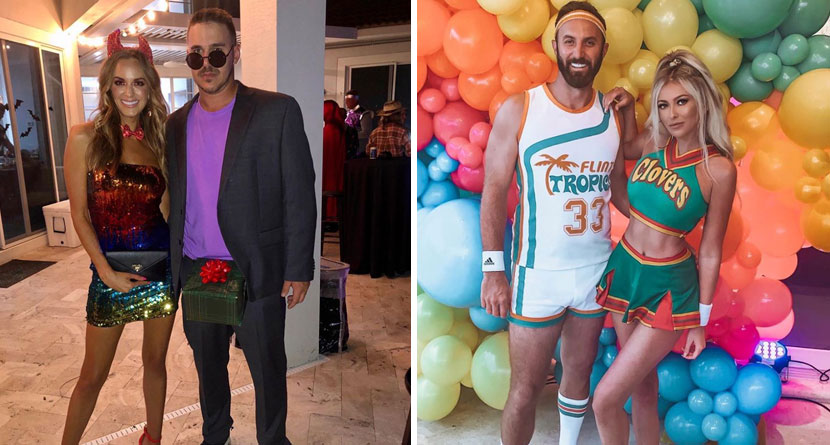 While many of the game’s top players were traipsing through Asia for the beginning of the 2019-20 PGA Tour season last week in Japan, two of the highest-ranked players in the world were back home in Florida celebrating Halloween.

Brooks Koepka and Dustin Johnson, along with their significant others, Jena Sims and Paulina Gretzky, opted for a night out in Jupiter on Saturday over a no-cut event outside of Tokyo.

While Tiger Woods was on his way to a record-tying 82nd PGA Tour victory, Koepka and Johnson turned back the clock a bit themselves with their costumes. Koepka paid homage to the popular Justin Timberlake digital short on Saturday Night Live from 2006 that features… well… you can figure it out yourself.

Koepka was joined by his girlfriend who put her own spin on The Devil Wears Prada.

Once at the party, Koepka and Sims were joined by Johnson and Gretzky, who dressed as Jackie Moon from Semi-Pro and a cheerleader from Bring It On, respectively.

Who needs guaranteed money and free world ranking points when you can spend your Halloween weekend like this?