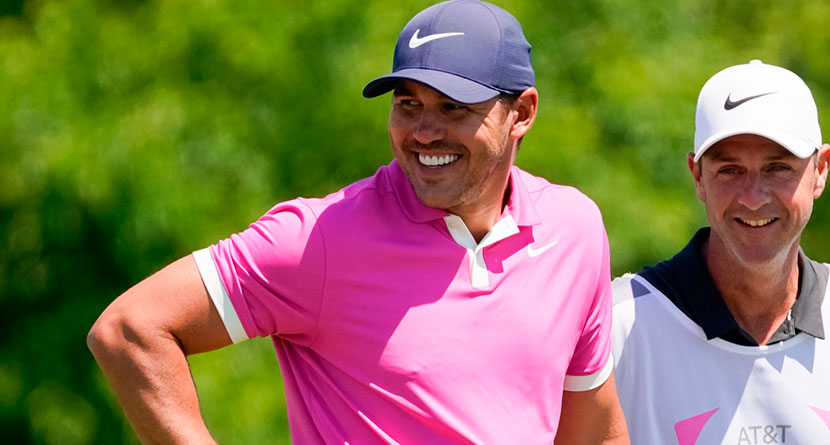 Brooks Koepka’s 2019 ESPN The Magazine Body Issue inclusion has been covered ad nauseam over the past 12 months, but on Monday, Koepka told a funny story about the waning hours of the photoshoot to Barstool Sports’ Pardon My Take podcast.

The interview, which can be heard here, got into Koepka’s recent GQ cover story and accompanying clothing, which gave way to a question about playing golf in a robe. Koepka said the only other time he’d been on a course in a robe was during the infamous Body Issue shoot, leading one of the hosts to ask Koepka about what kind of privacy he was afforded during the shoot.

Having been out on the course all day, Koepka revealed that the makeup artist assigned to his shoot stood closeby for the majority of the day, and as the sun began to set and the temperature began to drop, some appearances… changed.


“My coach is giving lessons, people are playing, I mean, you could see,” Koepka said, setting the scene. “And what they don’t tell you is that the makeup artist stands, literally, like, right in front of you.”

“The entire time the shoot is going on. So, it’s like, I don’t know, it’s getting late in the day, we’re getting kind of tired, but it’s cooled down a little bit. It’s like 60 degrees and it’s starting to sprinkle. It’s getting cold.

Brooks Koepka w a fun story on todays @PardonMyTake about a make up artist making fun of his pecker during his ESPN bodys shoot pic.twitter.com/7mFbY6BYUz

“I haven’t complained all day, and I kind of mutter under my breath, ‘damn, it’s cold.’ And the (makeup) lady hasn’t said anything all day, and she just blurts out, ‘I can tell.’

Koepka took the comment in stride, laughing it off and saying it made his day.