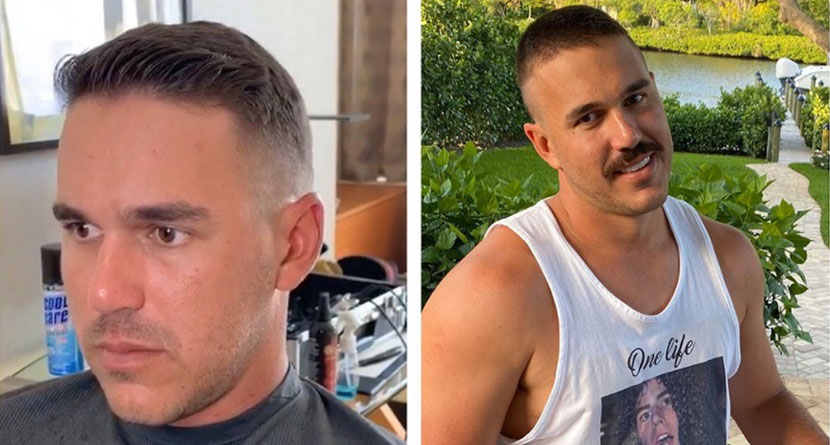 Desperate times call for desperate measures, and for Brooks Koepka, that meant trusting his longtime girlfriend Jena Sims to cut his hair over the weekend.

With barbershops and hairstylists in Florida shut down due to the coronavirus, Koepka and Sims reached out to Koepka’s regular barber for inspiration before taking the clippers to the four-time major champion’s head.

“We’ve officially gotten to that part of the quarantine when the guy turns to the girl and says, ‘I need a haircut, and you’re going to do it for me,'” Sims said via Instagram. “I watched three YouTube tutorials, talked to his barber, we set all (the clippers) out… (fingers crossed).”


To Sims’ credit, she took video of the entire adventure, and still posted it even after the results came back less than ideal.

“It did not go well,” Sims said after the job was finished.

From there, the two had some fun with it, posting some more videos and pictures of the botched haircut.

“This (hat) isn’t coming off for a while,” Koepka said. “At least my mustache looks good.”

Whether or not Koepka is planning to play in the PGA Tour’s planned restart at Colonial in a little over a month’s time remains to be seen, but if he opts in, it will be interesting to see whether or not he was able to get a professional to touch up his quarantine cut.