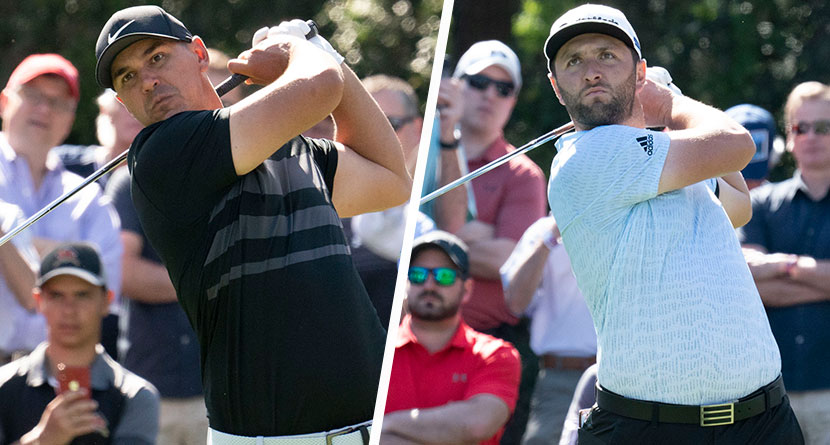 On a day when the PGA Tour was supposed to be wrapping up its biggest event of the year, it received some much-needed support from two of the game’s biggest stars, Brooks Koepka and Jon Rahm.

With the Players Championship canceled after just one round of play due to the coronavirus outbreak, the weekend at TPC Sawgrass was a quiet one, but spirits were raised in Ponte Vedra Beach as both Koepka and Rahm pledged their allegiance to the PGA Tour over the upstart Premier Golf League.

Whether the recent COVID-19 outbreak has given some of the younger stars a bit more perspective, or they simply chose a quiet time in the sport to speak their piece, two of the top-three ranked players in the world joined world No. 1 Rory McIlroy in rejecting the guaranteed-money league.

“I am out of the PGL. I’m going with the PGA Tour,” Koepka told The Associated Press. “I have a hard time believing golf should be about just 48 players.”

“I think what I’m going to do is focus on just the PGA Tour,” Rahm told Golfweek.com. “At the end of the day I’m a competitor. I’m a PGA Tour member and I’m going to stay that way.”

Their reasons for opting out of the splinter league were slightly different, but the fact that the three top-ranked players in the world have said “thanks, but no thanks” does not bode well for the PGL.

“I get that the stars are what people come to see,” Koepka said, referencing his time spent on the European Challenge Tour before making it big on the PGA Tour. “But these guys who we see win, who have been grinding for 10 or 15 years, that’s what makes the cool stories. I’d have a hard time looking at guys and putting them out of a job.

“I don’t forget where I’ve come from. There are guys from that top 125 who could be the next star.”

For Rahm, the Tour has made him rich and famous at 25 years old, and he’s showing his gratitude with his loyalty.

Just under a month ago at the WGC-Mexico Championship, McIlroy cited his autonomy as an independent contractor as a major reason for his rejection of the PGL.

“The more I’ve thought about it, the more I don’t like it,” McIlroy said. “The one thing as a professional golfer in my position that I value is the fact that I have autonomy and freedom over everything that I do. I pick and choose. This is a perfect example. Some guys this week made the choice to not come to Mexico. If you go and play this other golf league, you’re not going to have that choice.”

Regardless of their reasons, the PGL is now missing out on three of the best players in the world.