Brooks Koepka Makes Albatross, Birdie On 16 And 17 At TPC Sawgrass 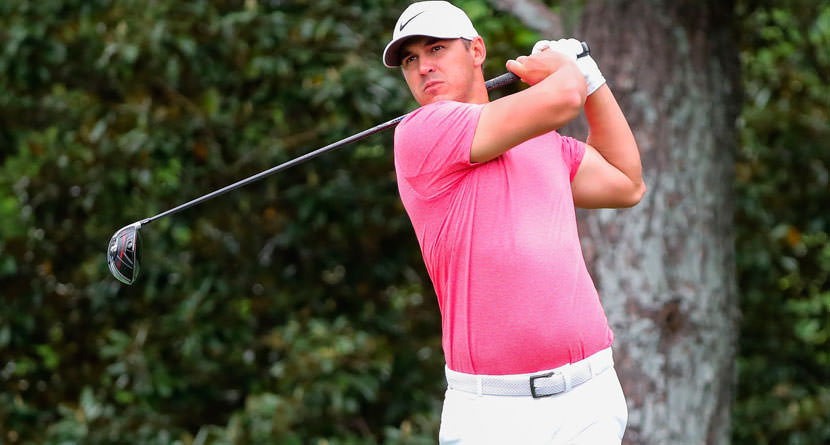 Brooks Koepka hasn’t played much on the PGA Tour this season after injuring his wrist late last year.

The 2017 U.S. Open champion at Erin Hills looks to be back in form at the right time. Koepka shot a 63 on Sunday at The Players Championship at TPC Sawgrass, including an albatross at 16 and then a birdie at 17, on his way to tieing course record. His final round 9-under moved him to 11-under for the tournament and in a tie for 11th. Webb Simpson won The Players in a rout.

His albatross on 16 was a thing of beauty, knocking it stiff with a 6-iron from 208-yards out and one bounce into the hole.


He followed up that score with an incredible approach at the famed island green on 17. His tee shot from 131 yards was five feet from the cup for an easy birdie.

The course-tying 63 is shared by seven others. Koepka’s albatross on 16 was only the second 2 in the course’s history during competition.  He continued the hot run and nearly had the record all to himself with a makeable 12-foot birdie putt on 18 for a 62. He lipped it out.

“To be honest with you, I thought I made it,” Koepka said. “I hit that putt in practice and it always, you’re always trying to die it in and it always seems to break a little bit more than you think and I hit a great putt, I’m not going to lie, I knew it was for the course record, but sometimes you hit a good putt and it doesn’t go in. So it is what it is.”

For Koepka, this was his best performance since coming back to competitive golf at the Zurich Classic two weeks ago. The wrist also held up under the rigors of an intense tournament.

“Feels better after a 63. It was nice to play well,” Koepka said. “I’ve been knocking on the door, last week I felt like I played really well, wasn’t really getting much out of it. It’s just sometimes when you’re off for four months you come back you need to play a little bit, get some rhythm and it’s nice to finally shoot a low one.”

Koepka returned to golf after four months off at the Zurich Classic, where he missed the cut in the team event. He played his first tournament in 2018 at Wells Fargo two weeks ago, finishing42nd before heading to The Players.