Koepka: Golf Will Be “Awful” Without Fans 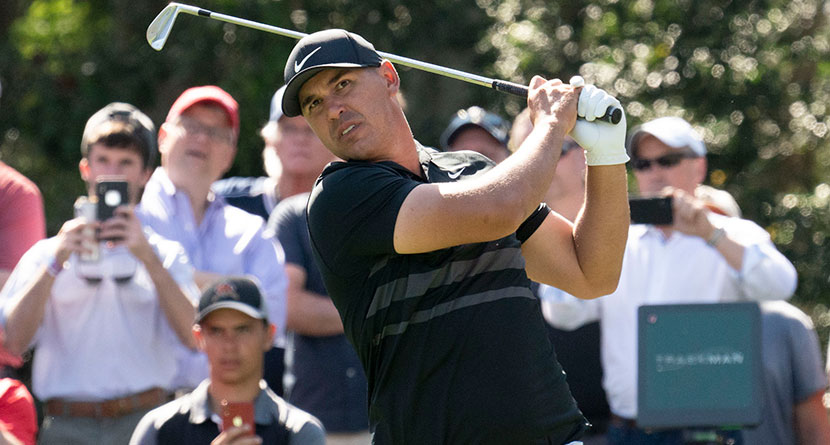 Have you ever thought about some of the advantages professional golfers at marquee events get by having tens of thousands of fans in attendance that normal rank-and-file golfers don’t get?

Brooks Koepka has. And without fans expected to be in attendance at the first four events of the PGA Tour restart in mid-June, some considerations need to be taken by the players and caddies who will be there.

Joining Barstool Sports’ Pardon My Take podcast last week, Koepka spoke about the uncomfortable expectations he has for the Tour restart, slated for June 11 at the Charles Schwab Challenge at Colonial Country Club.

Beyond the environment of playing in front of no fans, Koepka said certain issues may arise from only having a handful of people on every hole, and not necessarily where the balls are going to be landing.

“Every once in a while, we just hit some foul balls and the fans kind of help you find it,” Koepka said. “I mean, guys are going to lose balls because of that.”

Aside from the lack of fan help in finding errant drives, Koepka lamented what a winning moment would inevitably look like for whoever is able to win one of these fan-less events.

“The energy that the fans bring, that’s what we all live for, we all strive for; it’s going to be so weird,” Koepka said. “You want to play coming down the stretch and have everyone cheering for you. Imagine this: you sink the putt on the last hole and no one’s clapping. You’re just there by yourself, and you’re like ‘yes!’ Just you, your caddie and just silence.”

While it will undoubtedly be a bit of culture shock for both players on the ground and fans remotely, it’s hard to argue that so long as proper precautions are taken, we would all love to see golf being played at the highest levels once again.