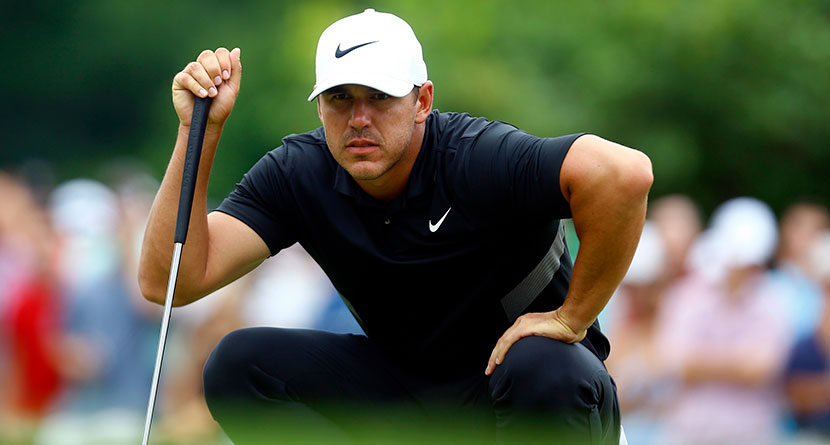 Being stuck in your house for two months isn’t conducive to social media banter.

Speaking, arguing or debating in 280 characters is never tantamount to an actual conversation, but with stay-at-home orders having been in effect for going on three months, social media has become as close to social interaction as some people have been able to get.

Enter Brooks Koepka and his thoughts on the Ryder Cup, which he reiterated in an interview with Gary Williams of Golf Channel on Tuesday’s edition of Golf Central.

“I personally don’t want to play if there’s no fans,” Kopeka said. “I don’t see a point in playing it. I get representing your country is an honor and it’s something that’s so much fun, but at the same time, the fans make that event. That’s what we get nervous on the first tee. You hear the chants. You hear everything that’s going on – the U-S-A- (chant), all that stuff. That’s what makes it fun.

“It’s like us going to play a match here at Floridian is essentially what it’s going to feel like.”

Some fans didn’t take to kindly to Koepka’s suggestion. Although he’s far from the first to suggest it — Rory McIlroy and Tommy Fleetwood, among others have spoken publicly about not wanting to play without fans — Koepka was happy to get into the mud a little bit with some disagreeing fans.

What I don’t care for are ppl who talk without knowing a damn thing. We don’t get paid for Ryder cup big guy

Koepka’s closing comments came in response to user Mike Hicks, @oilcanmikey, who balked at Koepka self-appointing himself as the voice of golf, saying guys like McIlroy, Justin Thomas and Dustin Johnson should have been asked their opinions instead of Koepka — despite the fact that there’s strong evidence to suggest that they feel similarly to Koepka. And with that, Koepka signed off.