Koepka’s Stem Cell Procedure Had Him Screaming In Pain 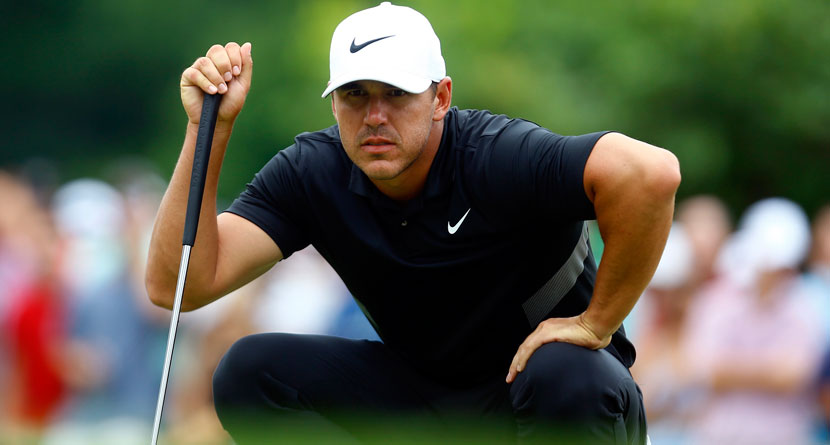 Brooks Koepka followed the trend set by other top players during the PGA Tour’s “offseason’ and went under the knife to relieve some pain and discomfort.

Beginning his 2019-20 campaign this week at the Shriners Hospitals for Children Open, Koepka revealed to the assembled media at TPC Summerlin that he underwent a stem cell procedure on his left knee that was so painful he was screaming throughout the operation.


Asked relatively innocuously about how his offseason went and how long he went without picking up his clubs, Koepka dropped an injury bomb on the press.

“I had some stem cell done on my (left) knee,” Koepka said. “My patella tendon was partially torn, so just rehabbing that. I spent the first probably three, four weeks just rehabbing that and have been back hitting balls. I can finally practice again, which is nice, without pain.

“Last year I didn’t practice at all. I mean, I vocalized that I hadn’t practiced. I finally feel this year I can practice again. I think people forget, too, I also had a wrist injury. I was just coming back off that. I’ve only got so many shots left. I mean, my wrist wasn’t 100% and my knee was bugging me from about March on. Just not going to make excuses. It’s nice to feel good for once.”

Here’s a scary development: ⁦@BKoepka⁩ is practicing. A lot now that knee is healthy https://t.co/HwEQNLCzAr

Koepka said that anytime he walked downhill, he did so with a limp and the stem cell injection was aimed to alleviate that uncomfortable feeling.

It wasn’t technically surgery; it was stem cell,” he said. “I got to go in there and inject it. I was watching it on the screen as they were doing it and it was probably one of the most painful things. I was screaming when they did it. I started practicing about a week and a half ago, so it’s been nice to be back on the course obviously getting some practice in for this event.”

Koepka reported that he finally feels close to 100%, which has to be scary for his peers who he has dominated in the major championships for the past few years.

“I’m pretty close to 100%,” he said. “I mean, I can walk without pain, which is nice. If I was going downhill, I mean, I was like limping. I don’t know if anybody saw that or not, but just being able to walk the golf course without pain is nice. (My knee) didn’t bug me too much on the swing, but I could feel it. I was a little hesitant to get on my left side where now I’ve got no issue.”

Koepka said that despite the reaction that surrounded his comments about not practicing for normal Tour events, that had more to do with maintaining his health and he looks forward to being able to work on his game when he’s back home.

“My game feels really good right now,” Koepka said. “I’m prepared for a tournament for once. If you look at my results it’s always been the first week out I struggle, and that’s because I’m trying to figure out what I’m doing because I haven’t been able to practice.

“I’ve only got so many shots left. If I can come back and be healthy, that was the important thing. I finally feel good enough where I can actually practice and feel prepared coming into golf tournaments. Not trying to find it on Tuesday or Wednesday. I’ll be practicing this year.”