Koepka Sought Out Butch In Vegas For Swing Help 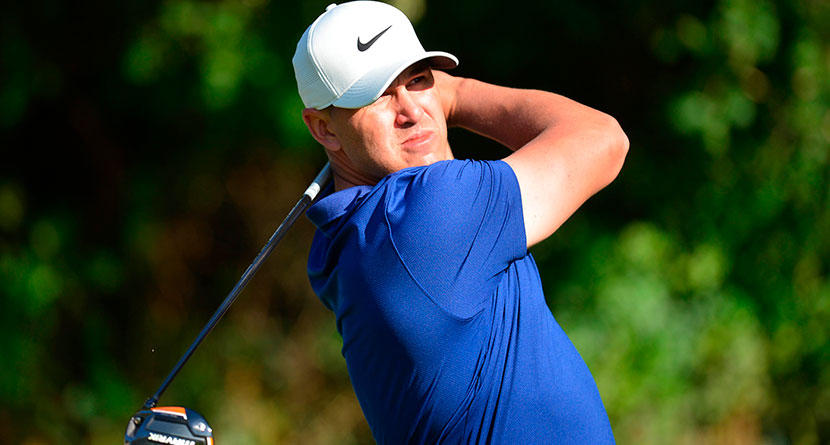 However, Brooks Koepka has a different day job than the average golfer, and Sin City just so happens to be the place the best in his business calls home.

Following a weekend at the Arnold Palmer that saw the four-time major champion fire his worst-ever round on the PGA Tour — a Saturday round of 9-over par 81 — followed by a 1-under par 71 on Sunday after which Koepka described his game as “sh*t,” Koepka headed to see Butch Harmon, the father of his regular swing instructor, Claude Harmon III.


“I think I made a phone call to Claude and it’s one of those things I felt like I just I had so much going on in my head, so many swing thoughts and needed to clear the slate, and the Harmons are family to me, and so we flew out Sunday, went and saw Butch Monday,” Koepka said in his pre-tournament press conference on Wednesday at The Players Championship. “It’s one of those things where I just needed a different set of eyes; maybe something might click because I was failing.

“It was good. It was nice to get out there and go see him. Obviously, I hadn’t seen him in; it’s been a while since he’s not out here (on Tour). But every time I’m around Butch I enjoy it, you get a nice laugh. Yes, he’s a great golf coach, but at the same time, he’s a great motivator, big team guy when he’s standing there.

“He saw it in four swings,” Koepka continued. “I had planned on being out there all day on Tuesday, except he told me to fly out here, to get out here and practice, because he felt like everything was on the right track. Now, it’s our job to make sure that it progresses.”

Koepka repeatedly put the blame for his poor play in 2019-20 on himself, and mentioned that there were a few things mentally that he was failing to accomplish on the course, be it lack of concentration or a delineation from the routines he has used to find success

“It’s all me not being able to do what Claude’s told me to do, what Pete (Cowen) ‘s told me to do, Jeff (Pierce) on the putting  – that’s me,” Koepka said. “Whether it’s lack of concentration, focus, decisiveness, whatever it might be, that’s all on my shoulders. It has nothing to do with anybody else.”