Koepka Sounds Off On Announcers, Against Wearing Mics 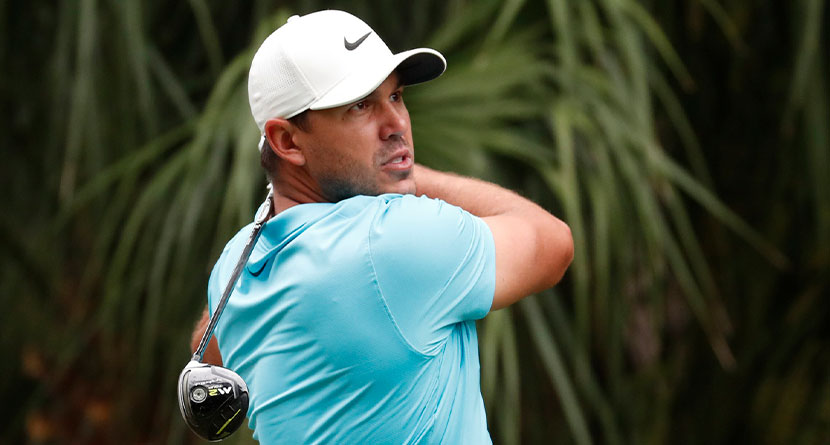 The return of the PGA Tour without fans present on-site has — it could be argued — added more intrigue and interest for hardcore golf fans to the week-to-week product.

The lack of infrastructure and foot traffic has forced the world’s best to play golf courses the way they were meant to be played without aid from grandstands or human blockades while the onus on the broadcast to bring more entertainment value as the world continues to battle the coronavirus pandemic has led to players being mic’d up during rounds.

In addition to Rickie Fowler (at Colonial) and Adam Hadwin (on Thursday at Harbour Town) agreeing to wear microphones during their rounds, there has also appears to be an effort made by producers and announcers to let fans in on various other on-course ambient noise, most notably player-caddie conversations.

The use of microphones on the course has long been a divisive topic among the top players in the world, especially as the topic has gained steam following the pandemic stoppage, with Justin Thomas and Jon Rahm voicing their adversity to the option.

And you can add Brooks Koepka to the “no thanks” camp as well.

Brooks Koepka has some thoughts! on being mic’d up:

“I don’t understand why they want us to wear a mic when there’s a boom mic that stands 10 feet away from every shot I hit. If the announcers would just shut up and listen, you could hear every word.” https://t.co/zFWxwcgMj6

Following an opening-round 4-under par 67, Koepka finished up his media availability being asked if he had thoughts on players being mic’d up.

“Yeah, I do,” Koepka said, which is when you know it’s about to get good. “I don’t understand why they want us to wear a mic when there’s a boom mic that stands 10 feet away from every shot that I hit.

“If the announcers would just shut up and listen, you could hear every word that we’re talking about. I don’t understand what the thing is. Half the time the lady’s holding a boom mic, and she’s listening to everything we’re saying all the way down.

“If they would just shut up, they could hear everything.”

For golf fans, Koepka is absolutely right that announcers should “lay out” when their boom mics are able to be in position to pick up the interesting back-and-forths between a player and caddie, but that’s far from the only thing fans want to hear.

The reality of the current situation notwithstanding, it doesn’t seem to be a sustainable model to have a player mic’d up without some kind of barrier between golfer and the audience. There’s a filtration system that needs to be in place, both from a FCC compliance angle as well as a brand management perspective.

Like it or not, these players are walking billboards for the companies that they sponsor, and they’re not going to like having their name associated with a player who is firing off expletives into the world’s living rooms. If players wearing mics is going to become part of the norm, it will have to start with baby steps and relatively watered-down versions of live mics before it can ramp up and be something similar to what other major sports leagues like the NFL and NBA are able to do.

That’s not to say that the experiment isn’t already underway.

Should be highly entertaining.