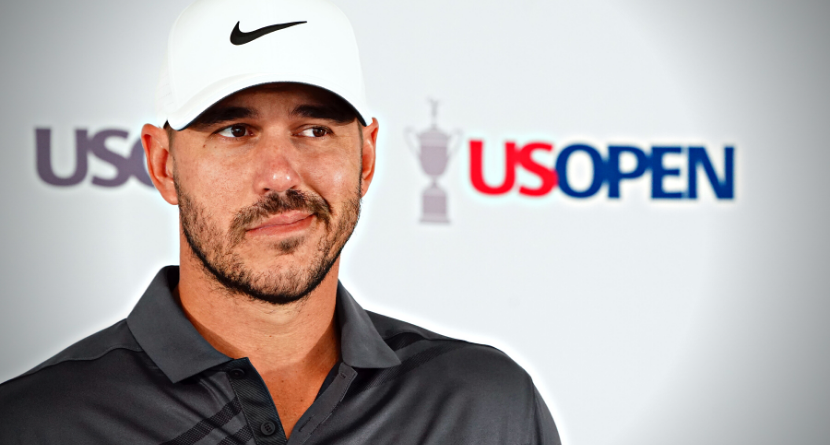 Brooks Koepka brought his fastball to Boston Tuesday, shrugging and smirking and staring daggers at reporters who dared to ask him about an enemy golf league during U.S. Open week.

Though in lamenting how the LIV Golf Series is stealing oxygen from the championship he won in successive years, the 32-year-old newlywed is not alone. Two other former champions, Jon Rahm and Rory McIlroy, voiced a similar sentiment. Their answers just lacked Brooksy’s signature surliness.

“I’m trying to focus on the U.S. Open, man,” Koepka said as his press conference repeatedly veered toward the topic. “I legitimately don’t get it. I’m tired of the conversations. I’m tired of all this stuff.”

He added: “Y’all are throwing a black cloud on the U.S. Open. I think that sucks. I actually do feel bad for them for once because it’s a sh—y situation. We’re here to play, and you are talking about an event that happened last week.”

LIV Golf’s tentacles have an inescapable grip on the game, and players are indeed growing weary of fending off uncomfortable questions about themselves and their peers. But Koepka is a fascinating case. He’s made no secret of the fact that majors are the only events that really get his competitive juices flowing. And his brother, Chase, collected a check for $150,000 for finishing in a tie for 33rd in the LIV Series’ London opener last week.

“Obviously, LIV is trying to make a big push for golf,” Koepka said. “Look, I mean, I love my brother. I support him in anything he does. It’s family. I’ll always love and support him. Whatever he does, I’m cheering for him.”

It’s worth noting that Koepka was given multiple opportunities Tuesday to pledge his support for the Tour, to go on record with a conclusive statement akin to the ones given by McIlroy, Rahm, Justin Thomas and others. But he didn’t. Instead, the four-time major champ chose to get combative with reporters with the audacity to ask about a sport that’s facing a confounding and unprecedented crisis. Get a life, will ya?