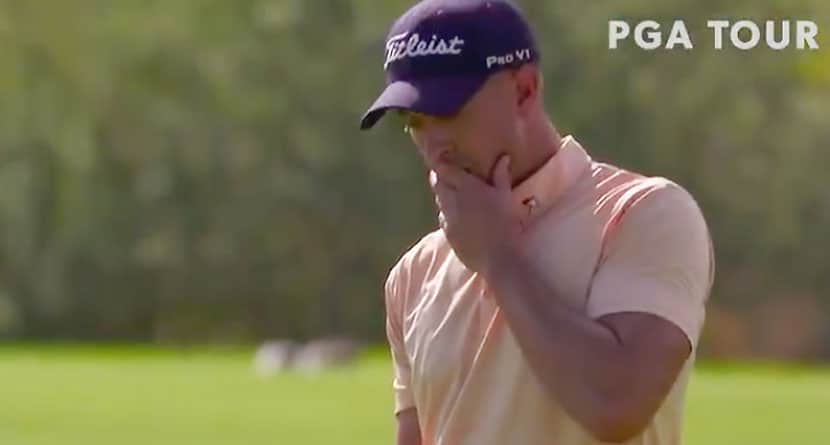 The beauty of golf is that it’s a meritocracy. It doesn’t matter who you are, where you’re from or what you’ve done previously; all that matters is whether you can get the ball into the hole faster than the folks you’re playing against.

There’s perhaps no better cutthroat example of the high-level meritocracy than Monday Qualifiers, or play-in tournaments held (nearly) every week to earn one of the last few spots into a major Tour event.

Some players spend their careers chasing Mondays, hoping to shoot low rounds, which will garner a them a tee time in that week’s Tour stop. It can be a difficult and expensive way to chase a professional golf dream, but it’s also one of the quickest ways to make it onto Tour if you can shoot the requisite low number on Monday and capitalize in the tournament later that week. Just ask Patrick Reed.

Which brings us to this week in Reno, Nevada and a journeyman named Mark Baldwin and a former college golfer from Australia named Justin Warren. Playing for the fourth and final spot in the PGA Tour’s Barracuda Championship in a sudden-death playoff, Warren faced a tap-in birdie on the 525-yard par-5 first hole at Hidden Valley Golf Course outside Reno after missing his eagle attempt.

Warren hastily marked and replaced his ball, nonchalantly took his stance and lipped out the putt.

24-year-old Justin Warren misses a short putt in a sudden-death playoff at the @CudaChamp Monday Qualifier.

The chase for his first PGA TOUR start continues. pic.twitter.com/qJ89zr9CAH

Baldwin, who had 17 feet for eagle, regrouped after seeing the shorty missed and calmly two-putted his way into his third PGA Tour event in 15 years.

Baldwin had been playing on the Korn Ferry Tour all season, but likely requiring a win to improve his chance of earning his PGA Tour card, he took a flier on the Monday Q as Ryan French of The Fire Pit Collective documented.

37-year-old @MarkBaldwin1 has been grinding in the pro golf circuit since 2006.

After Monday Qualifying for the @CudaChamp to earn his third PGA TOUR start, he called his wife and 1-year-old son. pic.twitter.com/8DCdpUsQP1

Baldwin will tee off alongside Paul Barjon and John Greco on Thursday morning at 11:40 a.m. EST. As for Warren, his chase continues.