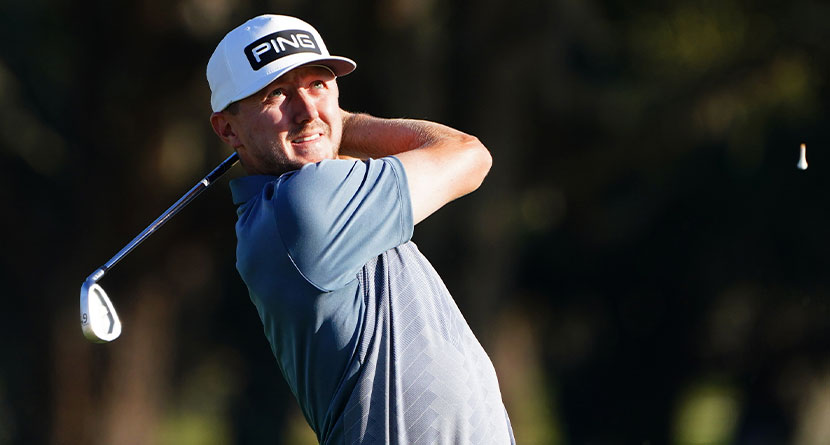 There’s no such thing as a good penalty, but what befell Mackenzie Hughes this week at the Farmers Insurance Open, ultimately costing him a tee time on the weekend, was, as college basketball analyst Jon Rothstein would put it, the epitome of brutality.

Playing the easier North Course at Torrey Pines during Wednesday’s opening round, Hughes put together a solid first 17 holes, sitting at 4-under par for the day with a chance to get up-and-down for birdie on the par-5 18th hole.

‘Went from maybe 4 to 7 pretty quick’

Under Rule 6.3c, Wrong Ball, Hughes was penalized two strokes for the mistake and had to replay the shot from its proper spot, from which he was unable to get up-and-down.

The rules states: “in stroke play, the player must correct the mistake by continuing play with the original ball by playing it as it lies. The stroke made with the wrong ball and any more strokes before the mistake is corrected do not count.”

The double-bogey 7, while a major letdown, wasn’t a dealbreaker until some 24 hours later.

Playing the more difficult South Course on Thursday, Hughes could only manage an even-par round of 72 to finish at… 2-under par, one shot off the cutline.

Not the result I was looking for this week at one of my favorite places, but that’s golf sometimes. Learned a lot and will be better for it. The wrong ball was unfortunate, but it’s the rule and my responsibility to check, not the marshals. Look forward to being back next year 💪🏻

After missing the cut, Hughes took responsibility for the mistake and subsequent penalty, saying “that’s golf sometimes. Learned a lot and will be better for it.”

You can be sure that Hughes will be extra diligent in checking his ball in his next start, which will be next week at the AT&T Pebble Beach Pro-Am.