DeChambeau Calls Out USGA, Then Apologizes 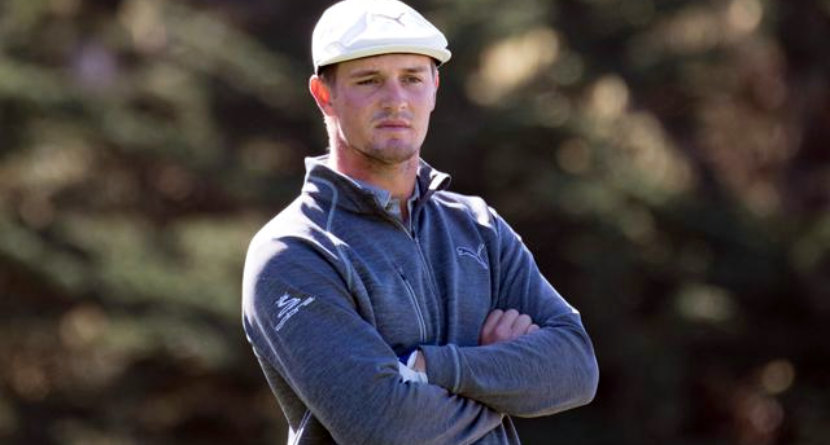 Bryson DeChambeau began his 2017 season with a new putting style and high aspirations. As of last week, he was blaming the USGA for abandoning it. The 2015 U.S. Amateur champion has made just made one cut in six events this year, and rolling the rock may have something to do with it. He currently ranks a dismal 209 in strokes-gained-putting.

“It [was] a long conversation,” DeChambeau said about his non-traditional face-on approach, according to Golf Digest. “But the USGA essentially doesn’t like me doing it.

“I’m pretty much done with it. They’re not a good organization, and you can quote me on that. I’m part of their family and as family it’s very frustrating to see them stunt the growth of the game.”

DeChambeau began using the unusual method in competition during the unofficial Franklin Templeton Shootout in December and then finished T-49 finish at last month’s Sony Open. The week after that he was informed that while the technique was technically fine, the USGA had deemed one of the multiple putters he submitted for approval to be non-conforming.

On Sunday, the 23 year-old released an apology statement on Twitter clarifying his comments:

I would like to apologize for my remarks regarding the USGA. I was stopped by a member of the media at a bad time and my emotions got the better of me. I respect the USGA and am grateful to be part of their family. My main goal is to make more putts. Over the past couple of months, I have let the distractions get in the way of my performance. My game is improving, and I’m looking forward to getting back into form at the Valspar Championship. Thank you all for your support.