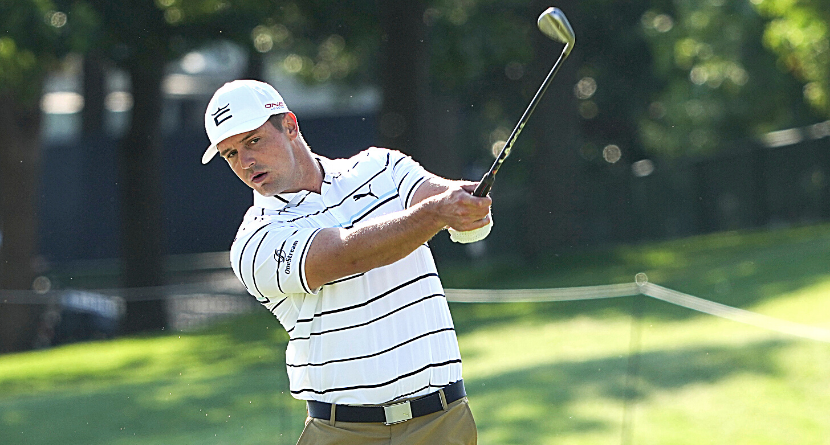 Dallas resident Bryson DeChambeau wasn’t quite ready to compete in his hometown tournament. But he’s got his sights set on another PGA Tour stop steeped in decades of history: the Memorial.

DeChambeau, who’s still recovering from April wrist surgery, officially withdrew from the Charles Schwab Challenge at Colonial on Tuesday after intimating last week at the PGA Championship that his comeback could begin in his backyard.

The 28-year-old now turns his attention to Jack’s place, which was always the more realistic re-entry point, according to DeChambeau.

“Next week, you never know, I’m going to try to give it a run again and see if it can hold up longer,” DeChambeau said shortly before determining he wouldn’t be ready to play in the PGA. “But Memorial is when I believe I’ll have full strength and I’ll hopefully be getting it back to 200 mph ball speed and playing the competitive-level golf that I want to play.”

Previous attempts to play through pain did not go well for DeChambeau, who missed the cut at the Masters. The eight-time PGA Tour winner has slipped to No. 25 in the Official World Golf and is still in search of his first victory since he donned the red cardigan at last March’s Arnold Palmer Invitational.