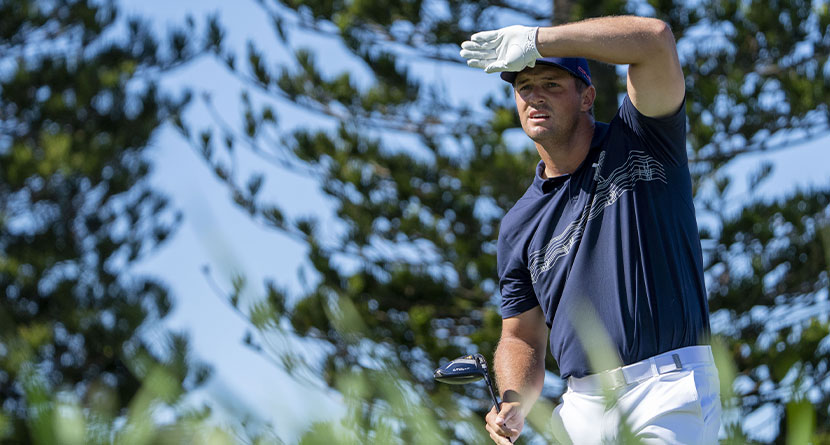 Bryson DeChambeau won’t be at Riviera Country Club for this week’s Genesis Invitational and the reasons why have caused yet another firestorm around the 2021 U.S. Open Champion.

Dealing with a number of ailments, DeChambeau — now ranked 12th in the world — had to to withdraw from the Sony Open in Hawaii, missed the cut at the Farmers Insurance Open and withdrew from the Saudi International. Amid speculation of a potential split from the PGA Tour, the No Laying Up podcast added some gas to the simmering flame on Sunday.

DeChambeau sent out a two-part tweet Monday afternoon lamenting the fact that he would be missing an event at “one of (his) favorite golf courses on tour,” noting that he’s rehabbing hip and hand injuries. He went on to say the “many false reports going around by the media that are completely inaccurate,” and updates on his health and playing schedule would come directly from Team Bryson.

There are many false reports going around by the media that are completely inaccurate. Any news regarding my health or playing schedule will come directly from me and my team only. This is just another inaccurate report. I look forward to getting healthy and seeing everyone soon! pic.twitter.com/VCtMaMd0Of

DeChambeau will be one of only four top-20 players in the world to miss this week’s elevated-status event at Riviera (Louis Oosthuizen, Harris English and Daniel Berger are the others), but with the injury concerns that have so obviously plagued him to start to his 2022 campaign, it’s clear that DeChambeau can own this narrative.

The proverbial rubber will meet the road in two weeks at the Arnold Palmer Invitational where DeChambeau is the defending champion. Not showing up for that event will undoubtedly cause the whispers to ramp back up, but should there be any truth to what has been reported, the injury smokescreen is a convenient blocker, even as his team is adamant Bryson wants to be at Bay Hill.

“He’s going to do everything he possibly can to be there,” DeChambeau’s agent, Brett Falkoff, said. “He’s absolutely focused on being at Bay Hill.”

Just like Bryson’s body mass over the past few years, the plot thickens.