DeChambeau Gets Ruling for Bug on his Ball 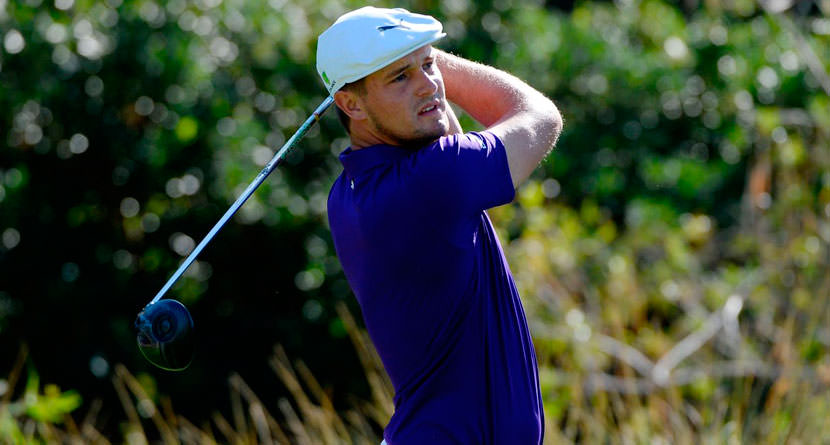 On the par-4 ninth hole at El Camaleon GC in Playa del Carmen, Mexico, DeChambeau prepared to hit his third shot from the right rough when something on or near his ball caught his eye. A bug was hanging out towards the back of the ball and DeChambeau was interested to know what kind, if any, relief he was entitled to.

*No animals were harmed in this up-and-down for par.* pic.twitter.com/1PnDncp2Du

Under Rule 23-1, insects are considered loose impediments and can be removed from or around the ball, but with the same care and at the same risk as moving a blade of grass or a leaf. PGA Tour rules official Slugger White came over to help DeChambeau out. Using a tee, the John Deere champion was able to remove the bug from near his ball and then go on to hit a great approach that led to a par save.

DeChambeau enters Sunday at Mayakoba five shots back of the leaders, but he still has 30 holes to play to make up that gap thanks to some inclement weather that has turned the final day of the event into a marathon.