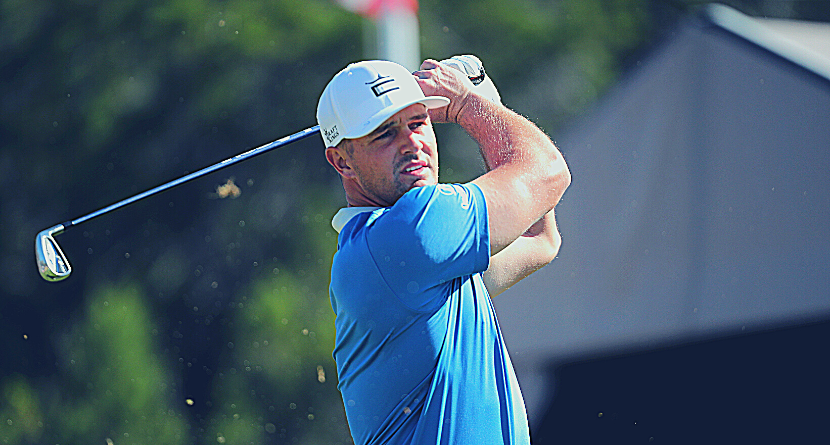 Bryson DeChambeau might be the closest approximation the PGA Tour has to the Vince character on HBO’s Entourage. For the uninitiated, that’s the award-winning comedy series from the mid-2000s centered around the bro-tastic adventures of a young Hollywood A-lister (loosely based on Mark Wahlberg) and his, well, entourage.

DeChambeau hasn’t starred in any movies — yet. But he is a content machine unto himself, appearing in dozens of videos on his popular YouTube channel and the affiliated account for his production company Regecy that highlight his interests in and out of golf. And he’s also proven adept at collaborating with like-minded creators in the space, teaming with Dude Perfect for an All Sports Golf Battle at Augusta National that’s generated nearly nine million views.

“I’m glad that we were able to show the game of golf in a little bit of a different light,” DeChambeau said of the Dude Perfect video, which some saw as contemptible in its treatment of one the sport’s most sacred venues. “Some people don’t think it’s, um, you know, what should be done. I think it’s a great thing.”

Between his two accounts, the polarizing pro has amassed around 300,000 subscribers who tune in to be educated, entertained and inspired, as per the company’s tagline. But to keep all those cogs whirring — and clicks and views accumulating — requires a team of dedicated professionals. And DeChambeau is in the market for more help.

DeChambeau, an eight-time PGA Tour winner who recently underwent surgery on the hamate bone in his left hand, recently posted a job opening for a YouTube editor. If you or someone you know might be interested, click here to find out more.