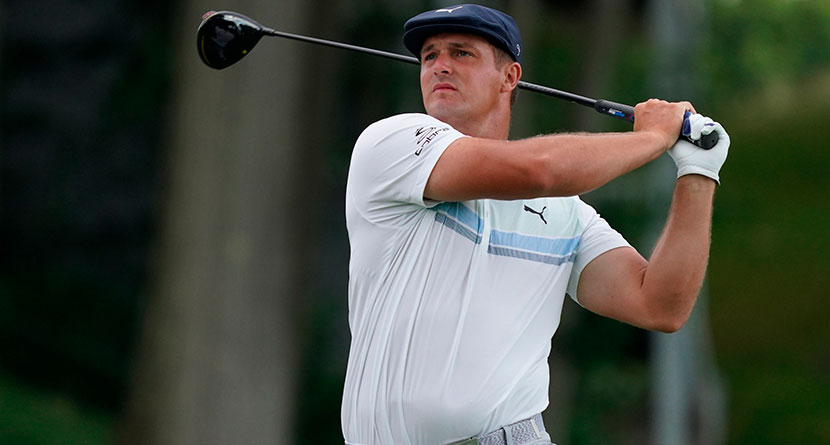 2020 was supposed to be an Olympic year, so maybe it makes sense.

Every four years, we get a handful of articles that tout the incredible amounts of food world-class Olympians are devouring on a daily basis in order to keep their bodies functioning at an elite level. Remember Michael Phelps’ ridiculous 12,000-calorie per day diet?

With the Tokyo Olympics being postponed a year due to the coronavirus pandemic, Bryson DeChambeau’s diet reveal will have to suffice.

The bulked-up DeChambeau has been the talk of the golf world since the PGA Tour returned to action three weeks ago in Texas, and playing his fourth event in a row this week at the Rocket Mortgage Classic, DeChambeau’s eating habits were fully revealed for the first time.

Having hinted at bits and pieces of his food intake over the past few months, PGATour.com’s Mike McCallister asked him to talk his way through a normal day in the life.

“Well, I’ll start off by saying I don’t necessarily eat anything or everything I want,” DeChambeau said. “There is this overlying principle of a two-to-one carb-to-protein ratio, so that is first and foremost. I try and retain that throughout the whole day with everything I eat and drink.

“After that, I’m snacking when I’m practicing after. Go back to the hotel, eat a dinner — steak, potatoes and I’ll have two protein shakes with it there as well. So I’m consuming I’d say  around six to seven of those Orgain protein shakes a day now where I used to be two or three.

“With the weight up, I just had to consume a lot more. Luckily, I like the taste of those shakes so I can take those pretty easily.”

DeChambeau ballparked his caloric intake at around 3,000-3,5000 calories per day, which fuels a body that has added around 40 pounds, give or take, since he made the vow to transform his body in October of 2019.

Knocking the rust off well. Looking forward to the weekend @charles_schwab_challenge 💪🏼

It’s hard to argue with the results of his latest experiment.

DeChambeau currently ranks second on the PGA Tour in the driving distance and strokes gained: off the tee — less than a yard on average and less than a tenth of a stroke behind Cameron Champ in each respective category — at 320.1 yards and +1.055 strokes gained. He’s second in strokes gained: total; he’s ninth in greens in regulation, eighth in birdies and third in scoring average.

DeChambeau has finished outside the top-15 just one time on the PGA Tour dating back to the Safeway Open in September 2019, and since the restart, his worst finish is a T8 at the RBC Heritage.

Maybe it’s time to stop wondering whether or not what DeChambeau did was smart and start wondering when more players will follow in his footsteps.