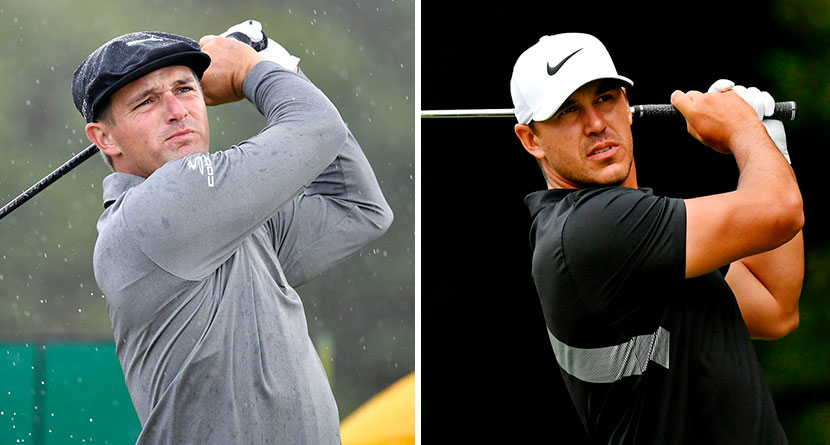 Whether it’s Bryson DeChambeau’s well-publicized bulk-up that has the five-time PGA Tour winner feeling confident or simply that his newfound hobby of live-streaming himself playing video games has allowed him to speak publicly unfiltered more often, golf fans looking for Tour drama are the unequivocal beneficiaries.

During a stream on Wednesday evening in the United Arab Emirates where he will be teeing it up in the European Tour’s Abu Dhabi HSBC Golf Championship, DeChambeau fielded questions from viewers about Brooks Koepka, who is also in the field this week in the desert.

It started innocently enough with DeChambeau saying that he didn’t “fear” anyone on Tour, “not anymore,” a reference to his more muscular physique.

“I don’t fear anybody on the tour. Are you kidding me? Not anymore”

Then asked about Koepka specifically, DeChambeau riffed a bit ending with a call-out of the now-infamous ESPN Body Issue shoot that Koepka took part in last year.

“Yea I weigh more than him now. Significantly more.”

“Did you see the body issue? He didn’t have any abs. I have abs.”

“I don’t think his genetics even make him look good, to be honest,” DeChambeau said. “In the Body Issue, he didn’t have any abs, I can tell you that. I got some abs.”

The Score’s Eric Patterson clipped DeChambeau shaming Koepka for his physique in the pictures.

DeChambeau and Koepka haven’t exactly seen eye-to-eye on a few issues going back over the past 12 months — pace of play and media call-outs, specifically — and it doesn’t seem like that relationship is one that will be very strong going forward.

While the pair aren’t grouped together for the first two rounds of this week’s Abu Dhabi HSBC Golf Championship, here’s hoping that they find themselves with the same tee time on the weekend.