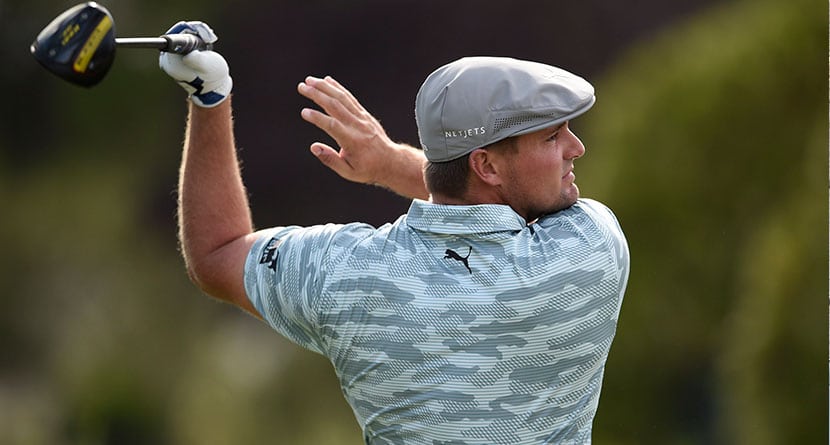 I watched golf’s new He-Man with great interest in this week’s Shriners Hospitals For Children Open. The TV coverage was limited to two hours and I only saw the 2nd round that featured Bryson DeChambeau making up significant ground with two eagles.

He seemed well-positioned to overpower another course and field as well as notch another win.

When I saw that Bryson finished five shots back and tied for 8th, I wondered what happened. My first thought was did his long-ball driving cost him? Not according to the Tour stats.

What could have gone wrong? In my work for another player, I noted that Driving Errors (a stat that the Tour does not make public) in this event were less than half the average number made in the Tour 2020 season.

The Shriners field made .29 Driving errors* per round (just under 1 every 3 rounds) vs. .63 per round in the 2020 season (1 every 1.6 rounds). So what? This simply tells me that TPC Summerlin is significantly more forgiving off the tee than the typical Tour venue and should be a Bryson dream course!

[*Driving errors are shots hit out of play that require advancements to return to normal play or penalty results.]

To find the answer, I resorted to a hole-by-hole review of Bryson’s rounds on the PGATour.com Shot Tracker. What I found is that Bryson’s apparent driving excellence was tarnished by six driving errors that cost him a total of six strokes.

Below is an example of one of Bryson’s driving errors:

Bryson’s impressive three eagles and 22 birdies were unfortunately offset by six bogeys and 2 double bogeys. Two of the bogeys and both doubles were the results of driving errors like the one displayed above.

The message for all of us is that an overriding quest for distance can come at a cost. It apparently cost Bryson over 1 million dollars this week or $178,000+ per driving error.