Bryson Goes Off On “Haters” In Pro-Am Rant 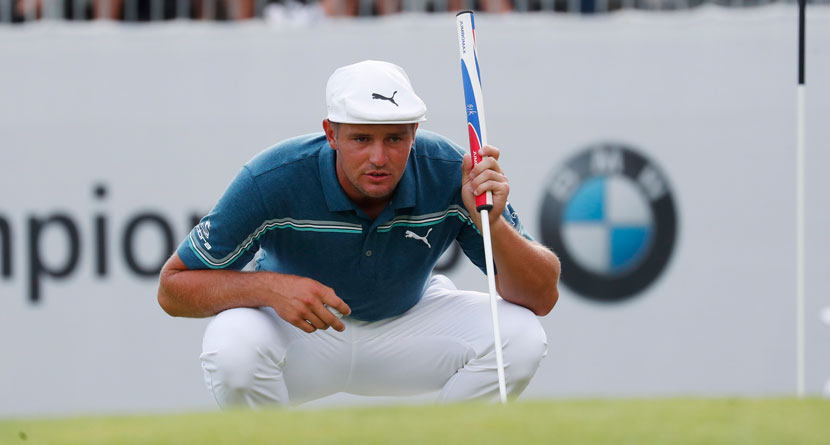 The latest twist in the slow-play saga that will never end is that it appears Bryson DeChambeau has reversed course yet again.

When videos surfaced of DeChambeau taking an inordinate amount of time to play two shots in particular at last week’s Northern Trust, the slow-play debate surrounding pro golf’s resident scientist was reignited for the first time since his appearance in Dubai earlier this year.

DeChambeau Vows To Improve His Pace Of Play

DeChambeau originally came out on the defensive, holding a testy meeting with the press before backing off his stance that it wasn’t his fault, but a confluence of reasons that lead to slow play. Then, on Monday, he posted a measured apology and vow to speed up on social media, taking some blame for his slow pace and wanting to be “part of the solution, not the problem.”

However, on Wednesday during the BMW Pro-Am, another video surfaced, but it wasn’t of DeChambeau playing slow — it was him going on an Instagram rant about the “haters.”

“Y’all wanna say whatever you want, that’s okay,” he began. “But you know what? I’m out here doing the right thing having a great time with pro-am guys, killing it. And honestly, we’re on these guys’ asses all the time.

“Last week I played under time par. This week, I’m going to do the same thing. Never on the clock last week, y’all can say whatever you want but we’re having a f—— awesome time. So screw all y’all haters, no big deal. I still love you all even though you hate me.”

While the video was shot with a certain tongue-in-cheek nature, the message itself flies in the face of what DeChambeau posted just two days earlier.

“I’m constantly trying to improve and I will do my very best to improve my pace,” he wrote. “Golf is my passion and livelihood. It’s my responsibility to help improve the game to be more enjoyable for all. Pace of play has been an issue for golf at all levels for a long time, and I’m committed to being a part of the solution, not the problem.”

Regardless of how fast Bryson plays in his Wednesday pro-ams, until clips like the ones seen last week or earlier this year stop cropping up, it all sounds like lip service.