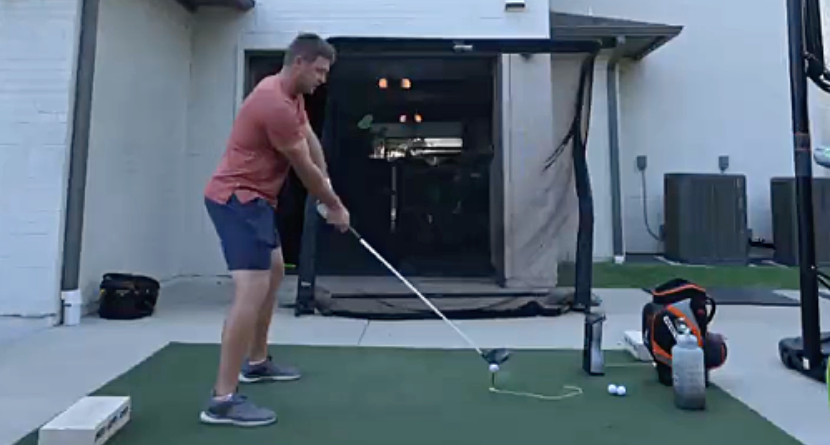 All it took was one mighty lash from under a basketball hoop for the Bryson DeChambeau hype train to heat right back up.

DeChambeau on Saturday posted the video of a single, ferocious swing on his social media accounts, along with a digital readout of the blast’s key metrics.

The two key takeaways? The ball had an expected carry distance of 342 yards and the swing was clocked at 192 mph, suggesting an advanced timeline for DeChambeau’s recovery from left wrist surgery in mid-April.

4 weeks and 2 days since surgery. pic.twitter.com/shymowoCBU

DeChambeau is still listed in the field for this week’s PGA Championship at Southern Hills, and a report from Golf Channel’s Todd Lewis indicates the plan is to prep at the venue Monday before deciding whether to give it a go on Thursday.

The U.S. Open was originally pegged as the target event for the 2020 champ to make his comeback, but he’s defied doctors’ orders before and seems poised to do it again.

DeChambeau, 28, missed the cut at the Masters in his last start before ultimately deciding to go under the knife. Attempts to play through pain resulted in some uneven performances for the eight-time PGA Tour winner, who has dropped to No. 22 in the Official World Golf Ranking — down from his peak position of fourth in May 2021.