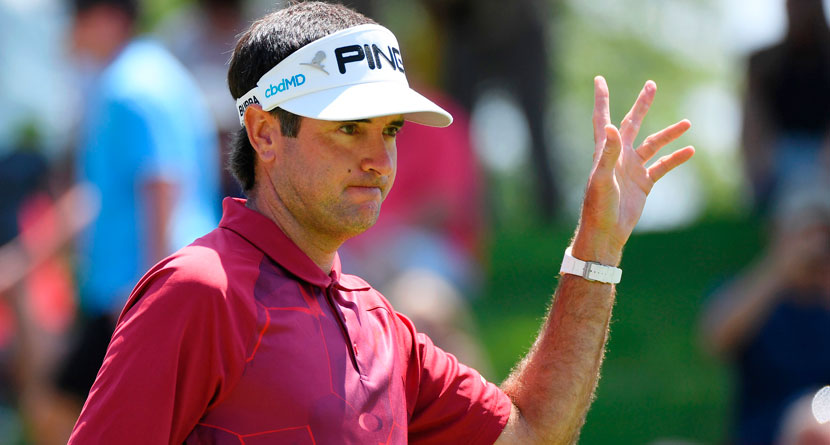 Bubba Watson has never been one to conceal his emotions on the golf course, but it’s the work that he’s been doing off of the course that has taken priority in his life.

Firing an opening-round 5-under par 65 at the WGC-FedEx St. Jude Invitational, Watson made the media rounds and reiterated that his golf isn’t the most important thing in his life currently.

“I’ve had some struggles off the course. I’m just working on some things with my pastor back home and then I started working with a mental coach about two weeks ago, and when I saw mental coach, I’m just talking about life, not golf, but it’ll trickle that way when I get it right.”

Watson put his traditional putter back in the bag on Thursday, saying he got “bored” with it earlier in the year, leading him to try the arm-lock method. With the traditional flat stick in play, Watson made 16/16 putts inside 10 feet and picked up 1.23 strokes on the field average.

“For some reason, I switched, I got bored (earlier this year),” Watson said. “Like I said, I have mental issues. I got bored at Phoenix, so I went to the arm-lock and I finished fourth, so I was like maybe the arm-lock’s good, but the putter I won three times with last year, I put it back in the bag and it worked out beautifully today.”

Watson will look to keep the good vibes going, on and off the course, Friday and into the weekend as he chases his 13th PGA Tour victory of his career and first since last year’s Travelers Championship.

Watson will need to chase down Jon Rahm, who shot an opening-round 62 to take a three-shot lead over Bubba, Patrick Cantlay, Cameron Smith, Hideki Matsuyama and Shugo Imahira.